I always have a soft spot for bullhead watches especially when I had my first experience owning a Stuckx “The Bull”. This review is no surprisingly another bullhead model by Dart Watches, a new microbrand with a plan to launch its’ first model, Wahoo Chronograph on Kickstarter sometime in May 2018. I had the opportunity to mess around with the prototype for a few weeks, and it felt like a finished product because of its’ quality eventhough it’s a prototype watch. 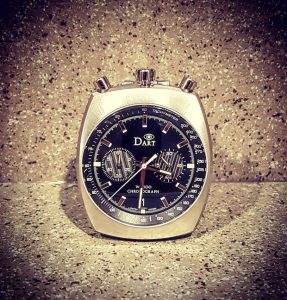 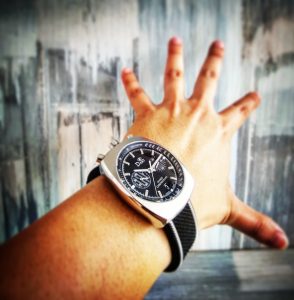 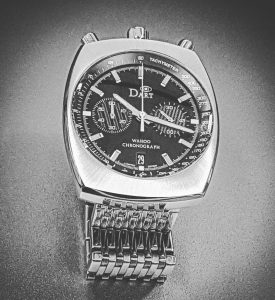 Let me jump straight into what’s Wahoo all about… and it’s not chocolate bar, eventhough it sounds like one.

I had the opportunity to have a quick chat with the founder and brand owner of Dart Watches, Mr. Allen Lee who is based in Hong Kong. I believe almost everyone (including myself) will have the same question as to why the brand name Dart and why the model name Wahoo ? Well, after clarifying with man himself, here’s his response to help everyone understand better.

Let’s start the review of my thoughts on the Wahoo Chronograph : 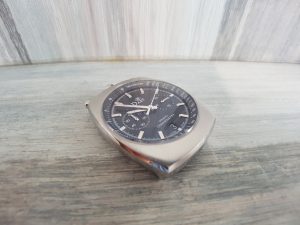 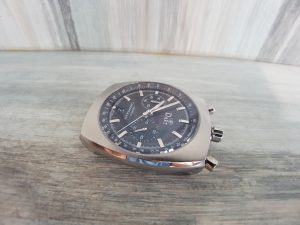 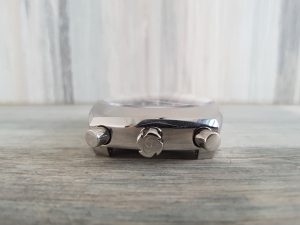 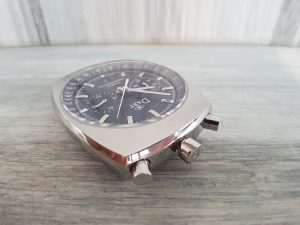 Case : It’s an all rounder solid stainless steel, but with 2 finishing. A solid polished surface on the side and a brushed finishing on the top. The brand logo is crafted onto the crown, with the classic bullhead button for Chronograph feature. What I like a lot about the case is the curved edges that doesn’t feel sharp eventhough it looked like it is. The thickness of 12.5mm is may just be nice to fit under ones’ cuff shirt, but it’s not meant to be hidden because it’s a bullhead watch, and it needs to be seen ! Oh ya, it’s a lugless case. 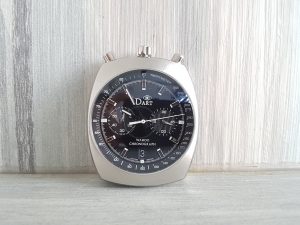 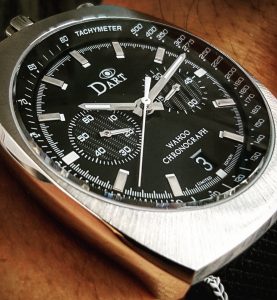 Dial : Protected by a double domed sapphire crystal, the dial comes in only 1 colour (for now), which is the black sun burst. The hour indexes are plated with lume except for 6 o’clock where the date feature is positioned. Surrounding the dial is the “Tachymeter” feature placed around 45° to support the chronograph function. There are 2 subdial features where the left is used during an active chronograph which will time 60 minutes, and the right is the everyday usage of the seconds. On the main dial itself, the second hand is used during an active chronograph that will time 60 seconds whereas the minute and hour hand is the everyday usage of the daily time. The only feedback I have is that the second hand on the main dial is not 100% aligned straight at 12 o’clock positioning. 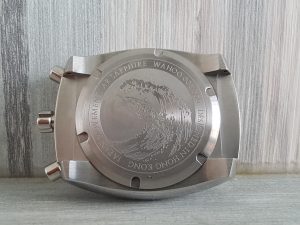 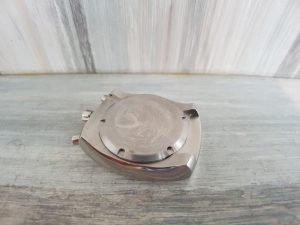 Case Back & Movement : Did I mention this will be a limited edition production of 300 ? Yes, this will be engraved at the case back with the individual serial number for each watch. But the star of the case back is definitely the picture of a wahoo fish jumping out of the ocean wave ! How cool is that… As for the movement, it’s definitely one of the most reliable Japanese Quartz movement for any chronograph function in today’s market. 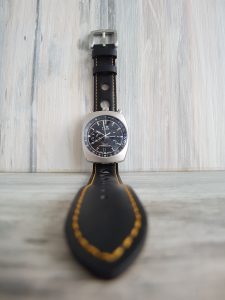 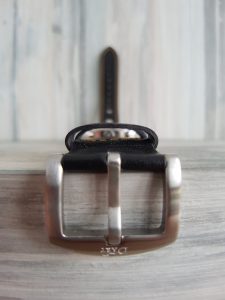 Strap : The strap that came was the racing theme leather strap, but it’s a bit too thin to my liking in terms of the thickness. However, the owner said that the strap may change as it’s shown on his website that it is paired with a nice looking metal bracelet to give it a more roughness look. I did some mix & match myself and I feel this watch would definitely suit well with any sort of 22mm straps in the market. 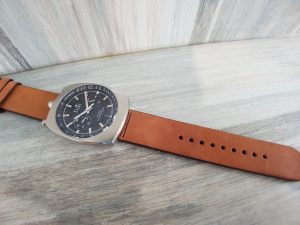 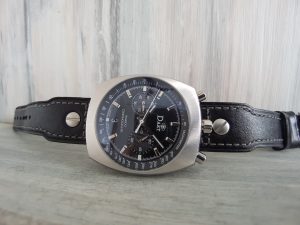 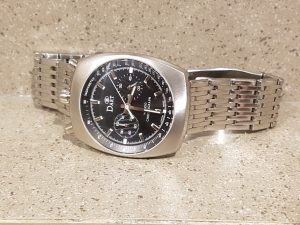 Overall conclusion ? It really depends on the price, really. Early indication by the owner that early bird pricing would definitely be under US$400 when it’s launched on kickstarter and he aims to make it an affordable bullhead chronograph. The build of the prototype watch is great, and I can imagine that the finished production would be as good or better than the prototype. I can’t comment on the pricing and the packacing yet as it’s yet to be finalized by the brand owner. Only feedback I have would be the strap being too thin and the chronograph second hand not aligned to the 12 o’clock position, which is definitely not a show stopper for anyone to be interested in this watch. Afterall, this is still a prototype watch that would require a bit more feedbacks to have it perfected !

Before I end my review, I also did asked the brand founder and owner, Mr. Allen Lee about the future direction of his brand and this is his response :

” There are plans for new variations of Wahoo Chronograph as the first version have a classy style of stainless steel with black theme, whereas we foresee more possibilities to play with colours combination in our next versions of Wahoo in future. The design idea is already in progress at this very moment. Besides that, we are also looking into the possibility of enhancing the heartbeat of the watch with an automatic movement to give an additional variety option to the brand. “