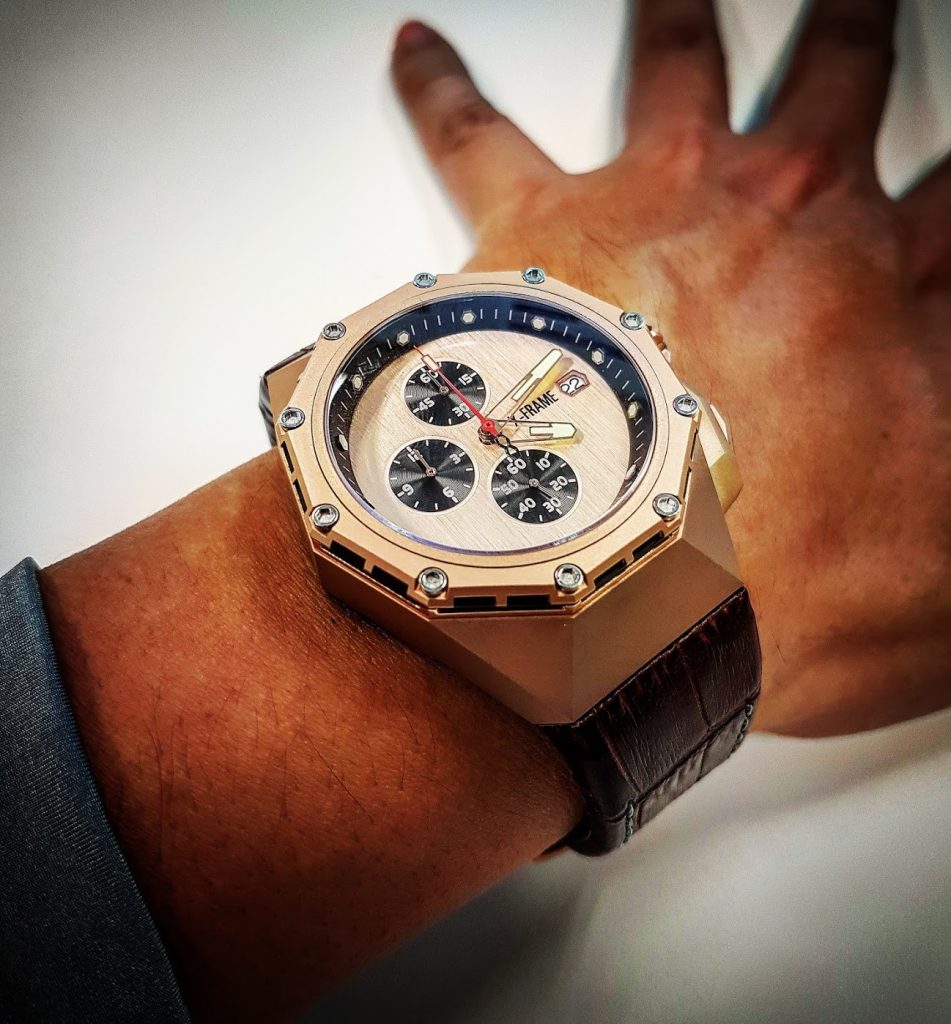 Hey is that an AP? or sometimes, wow you got a Hublot? Those are some of the common responses I got from a week of wrist time with the latest X-Frame Seer Chronograph.

Following from their previous successful kickstarter campaign – Vulcan Series, X-Frame is back with Seer on Kickstarter, using the same 10-sides decagonal shape case design but a switch to a chronograph dial design using VK67 movement; a Japanese hybrid Meca-Quartz that combines both quartz movement with the chronograph hands of a mechanical watch. The case itself is designed in a way that it isn’t curved, but rather shaped throughout in sharp edges.

So, let’s start off with a little specification details about the X-Frame Seer Chronograph. 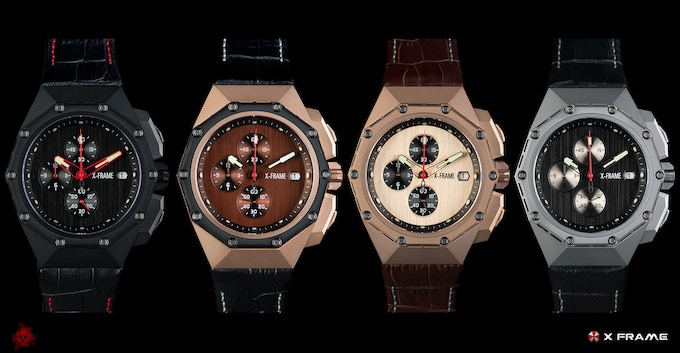 Firstly, I would like to thank Mr. Chadi for the opportunity and trust to allow me being the early reviewers to have a field test with their latest model Seer. Why Seer you may ask? The meaning of “Seer” is someone who is able to see visions of the future, through supernatural insight. According to Mr. Chadi, the reason he chose Seer is because it represents visionary, where one should not reflect on the past but to look forward to the future. As saying goes, “time & tide waits for no man“.

So, my very first thought when I received the watch was the weight. Surprisingly, at 179gram, I didn’t felt it was that heavy even though the build of the watch looks otherwise. The watch fits perfectly on my 7″ wrist size, even with a 45mm by 55mm decagon case.

From the inner dial display, the vertically brushed design brings a different kind of sophisticated feel without sacrificing the readability and surrounded by hexagonal markers around it.

The lume on the skeletonized hands were great but not on the markers though. Overall, the display serve its’ purpose very well in both day and night environment with the hexagonal date window as an added feature.

How was the chronograph? Well, I’m no expert on advising about the movement, but it does what it’s supposed to do… but the side button seems a bit soft to my liking where I am required to press slightly harder than usual to start the chronograph movement. The crown gap between the chronograph buttons on the side is a bit too narrow to my liking especially with big fingers like mine, making it a hassle to adjust the time or date accordingly. But these are just minor negativity which is not a show stopper for anyone to pledge for one on Kickstarter !

Overall, I would recommend this to be part of anyone’s watch collection because of its’ uniqueness decagonal case shape and overall built that did not disappoint me during the whole week of hands on with it.

The Seer is now available on Kickstarter starting from as low as US$299 (Early Birds) and estimated to ship by April 2017. My only feedback to Mr. Chadi & X-Frame Team, is keep up the good job and I look forward to review of your future models. I will now end the review with some of my amateur wrist-shot and watch shots taken during this wrist time.