DuFrane Bergstrom – A New Microbrand With A Mission! 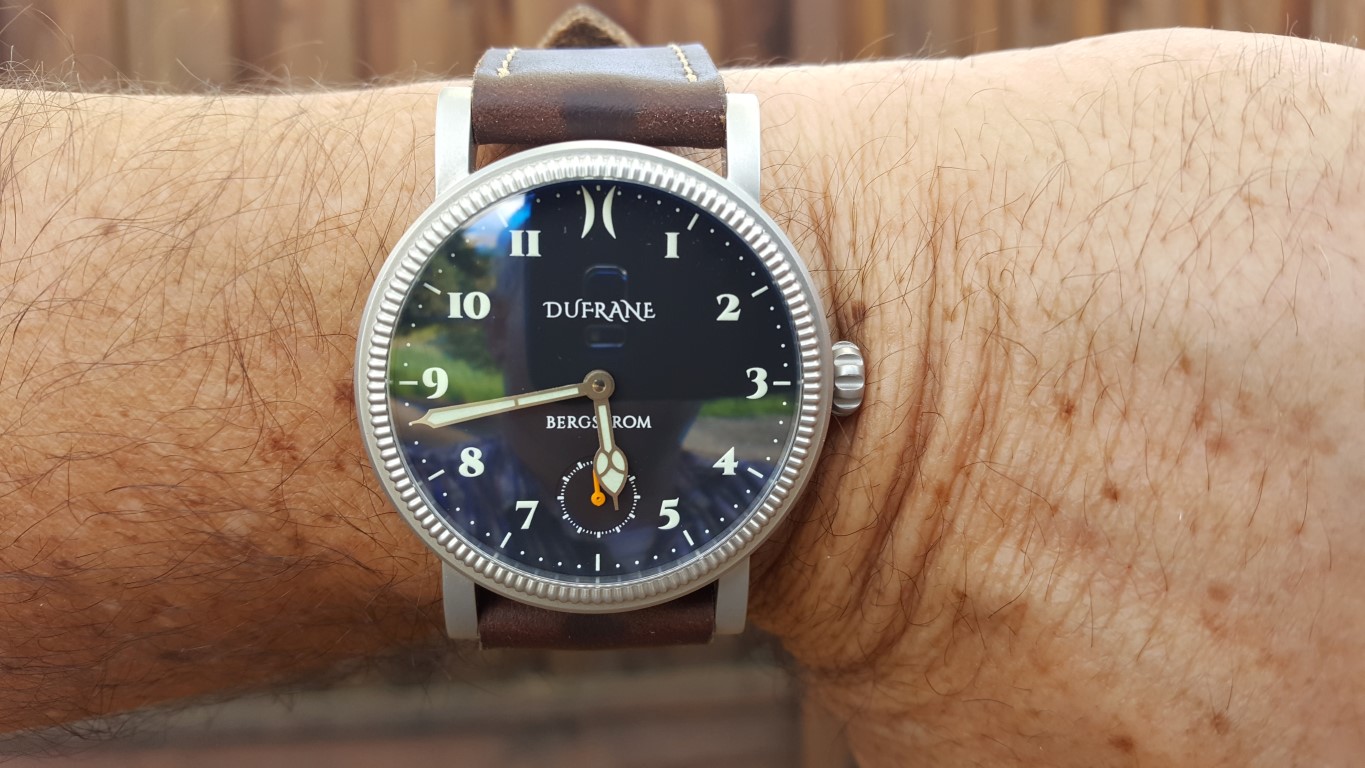 Started by Steven Lee in Austin Texas, his line of highly detailed manual wind Swiss movement watches are a delight.  The DuFrane brand emphasis is on quality, design and attention to detail.  The brand name DuFrane is Steven’s mothers maiden name, from the French speaking region of Switzerland.  Since many well respected brands are based in the French speaking region, Steven thought the name DuFrane was very fitting to help exemplify fine watchmaking.  With his mother’s encouragement, Steven began collecting watches as a child.  His French roots, family support and his fascination with timepieces, eventually called out to Steven, resulting in his going forward with the DuFrane brand.  The Bergstrom watch name series comes from Captain John August Earl Bergstrom, the first Austin native killed in World War II and whom the Austin International Airport is named after. 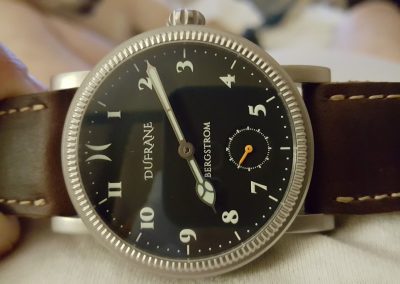 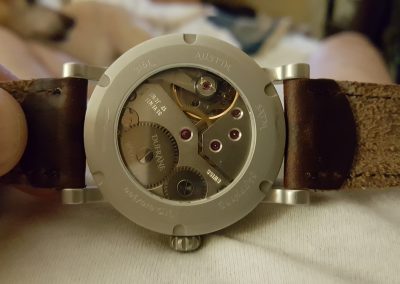 For this review I have the Bergstrom bead blasted Steel case with Standard Dial and Chestnut Brown leather strap.  Powering this watch is probably the most venerable Swiss manual wind movement currently available, the standard version of the Swiss ETA 6498-1, a 17 jewel, 18,000 vibrations per hour, 46 hour power reserve workhorse.  I don’t think one could ask for a better manual movement for the price in this pilot inspired watch.  Using Swiss movements exclusively, the watches are assembled and tuned in the US by Wiegand Custom Watch in Ohio with as many components as possible sourced from the Austin, Texas area. The movement is encased in a 41.5 mm diameter (44.5 mm with crown) 316L matte steel case.  It is 12.4 mm thick by my measurements, 51 mm lug to lug and 22 mm between the lugs.  W/R on these watches is rated for 50 meters. 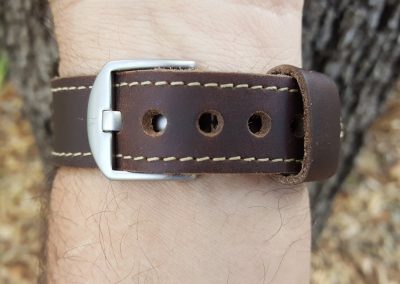 This is a very comfortable watch on the wrist.   The turned down lugs with hex screws have a wonderful industrial shape that hugs the wrist when worn with the high quality, very well  finished leather watch strap.  It should be noted that this particular watch is preproduction and production pieces will come with a strap with a wider range hole configuration.  The strap is made from Chromexcel 922 full grain leather from Horween in Chicago where it goes through a minimum of 89 manufacturing steps and takes at least a month to process.  When the leather is ready to become a watch strap, it is sent to 922Leather, a specialist in leather straps and other leather goods.  The well finished matching logo’d bead blasted stainless buckle, the perfect strap stitching and the extra wide single strap loop are all nice finishing touches.  The logo, which is also on the crown and the 12 o’clock position of the face, is a design from the aerial view of the Pennybacker Bridge in Austin, Texas. 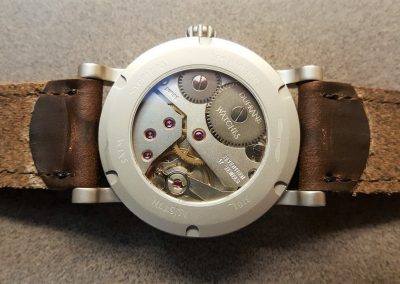 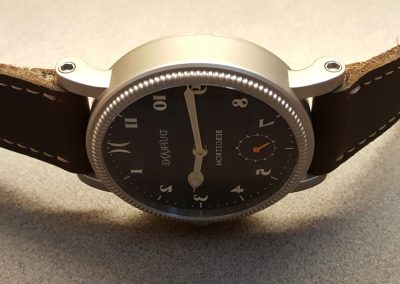 The distinctive coin edge bezel, long squelette hands, stylized serif text along with the orange hand 6 o’clock seconds subdial and the black watch face all work together in perfect harmony.  Combined with C3 Superluminova for the face and hands and a sapphire domed A/R crystal, this watch has very good visibility day or night.  The matching matte finish military tire style 10 groove logo’d crown is very tasteful and distinctive.  In addition, the exhibition sapphire crystal and bead blasted screw down stainless case back really displays the ETA movement nicely.  The smooth machined finish of the movement with the visible jewels and the engraved DuFrane name on the ratchet wheel add just the right amount of movement detail.   The best part of operating this watch to me is watching the movement of the mainspring and the gear tooth wheels.  There is an enormous selection of pilot watches currently available today.  If you are looking for a pilot watch that combines quality, comfort, distinctive design, USA assembly with a manual winding Swiss movement, the DuFrane Bergstrom watch line warrants your serious consideration. 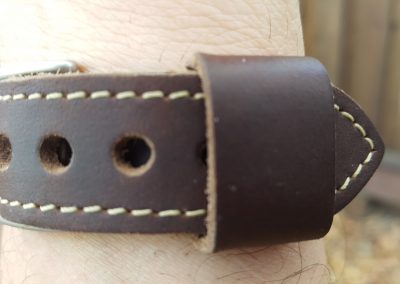 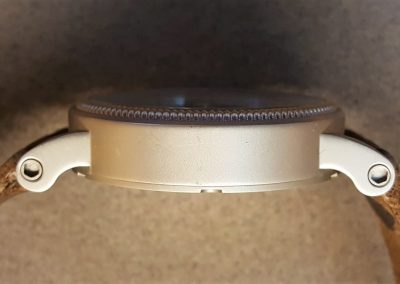