A hands on lap with the Helgray Silverstone Blue 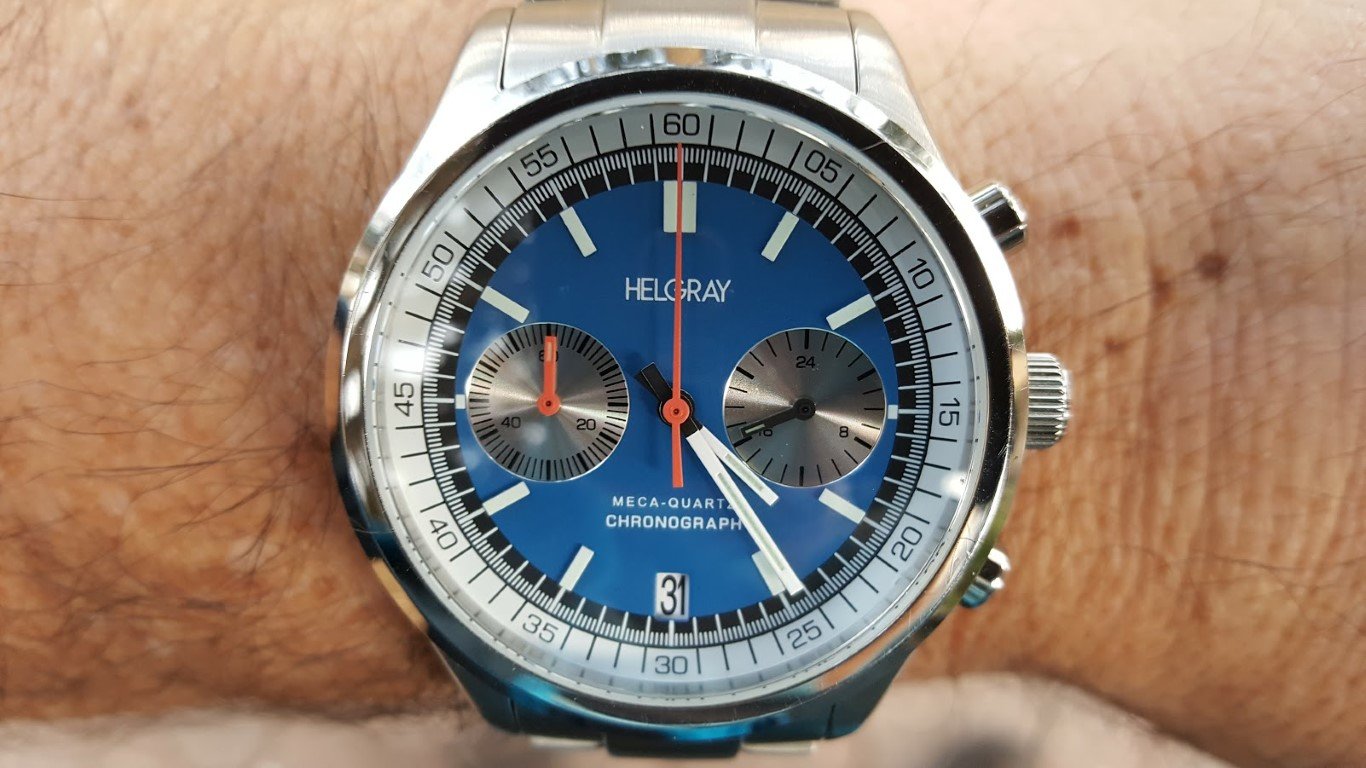 Helgray is one of the pioneers of crowdfunded watches with their first watch launching in March 2014 and funding in a matter of hours. Since then they’ve been very successful, following up with 3 more campaigns which have all raised over 100k USD. The Silverstone Chronograph has been their most successful by far, raising over 200k during its crowdfunding run.

Racing has been a popular theme for Helgray, they have recently funded a new model, the new Helgray Le Mans which will be shipping later this year. As you may or may not know, Le Mans is a famous 24 hour race and is the world’s oldest active sports car race in endurance racing, held annually since 1923 near the town of Le Mans, France. Silverstone also happens to be the name of a famous motor racing circuit in England that opened in 1948 and is still in use today for many important racing events.

The Silverstone watch line is offered in four different face colors; blue, green, black or white.  This is my second review of a Helgray watch, my first being the TCD-01 Full-Lume.  Currently or in the works, Helgray is offering the Field Officer, California, GMT and Skyfighter, all in version II.  In addition, there is the Brigadier, Le Mans, Pioneer, Hornet, TCD-01 and Silverstone models. For this review I have the Silverstone blue. 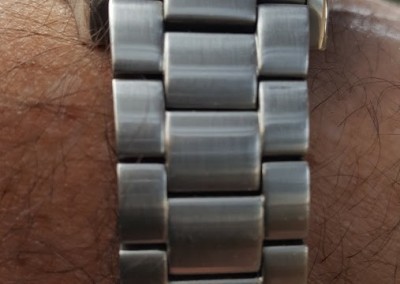 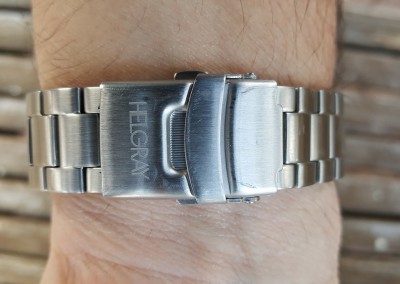 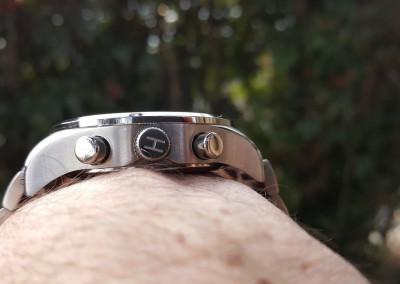 The watch is 40 mm x 11.5 mm with a 20 mm lug width.  It is 47 mm lug to lug and has a 6 mm x 3 mm push pull polished gear edged crown with polished 2 and 4 o’clock pushers.  The watch hugs the wrist better than any watch of it’s type I have worn, due to the strong downward curve of the thick, short lugs and the low profile of the case back.  The case is 316L stainless, brushed along the side of the case and the lugs.  The edge of the lugs, the back of the lugs and the case back are polished, with the case back engraved with watch information.

The beveled bezel is also completely polished.  The sapphire crystal is slightly domed with inner A/R. The watch is rated for 5 ATM (50 meter) water resisitance. All Silverstone watches can be worn with the included 3 link folding pushbutton clasp brushed stainless steel solid end link bracelet or the included leather strap, both of which taper from 20 mm to 18 mm.  The Helgray name is engraved into the clasp and as an “H” on the crown.  This watch is incredibly comfortable to wear.

The Silverstone line uses the Time Module VK64 movement, a quartz chronograph with mechanical action, known as Mecaquartz.  Time Module was started in 1987 with funding from Seiko.  As of the 1st of December, 2015, it is completely owned by Seiko Holdings Group. It is dedicated to offering movements manufactured by Seiko Instruments, with headquarters in Hong Kong.  The VK64’s claim to fame is quartz movement time keeping accuracy with a module for the mechanical 1/5 second chronograph.

The first mechanical quartz movements were made by the Swiss in the mid to late 1980’s and into the 1990’s.  Seiko recently revived the technology in some of their own watches.  The VK64 movement is sold to other smaller independent watch companies.  A few of the other watch companies currently using the VK64 module include Belmoto, Autodromo and Mercer Watch. 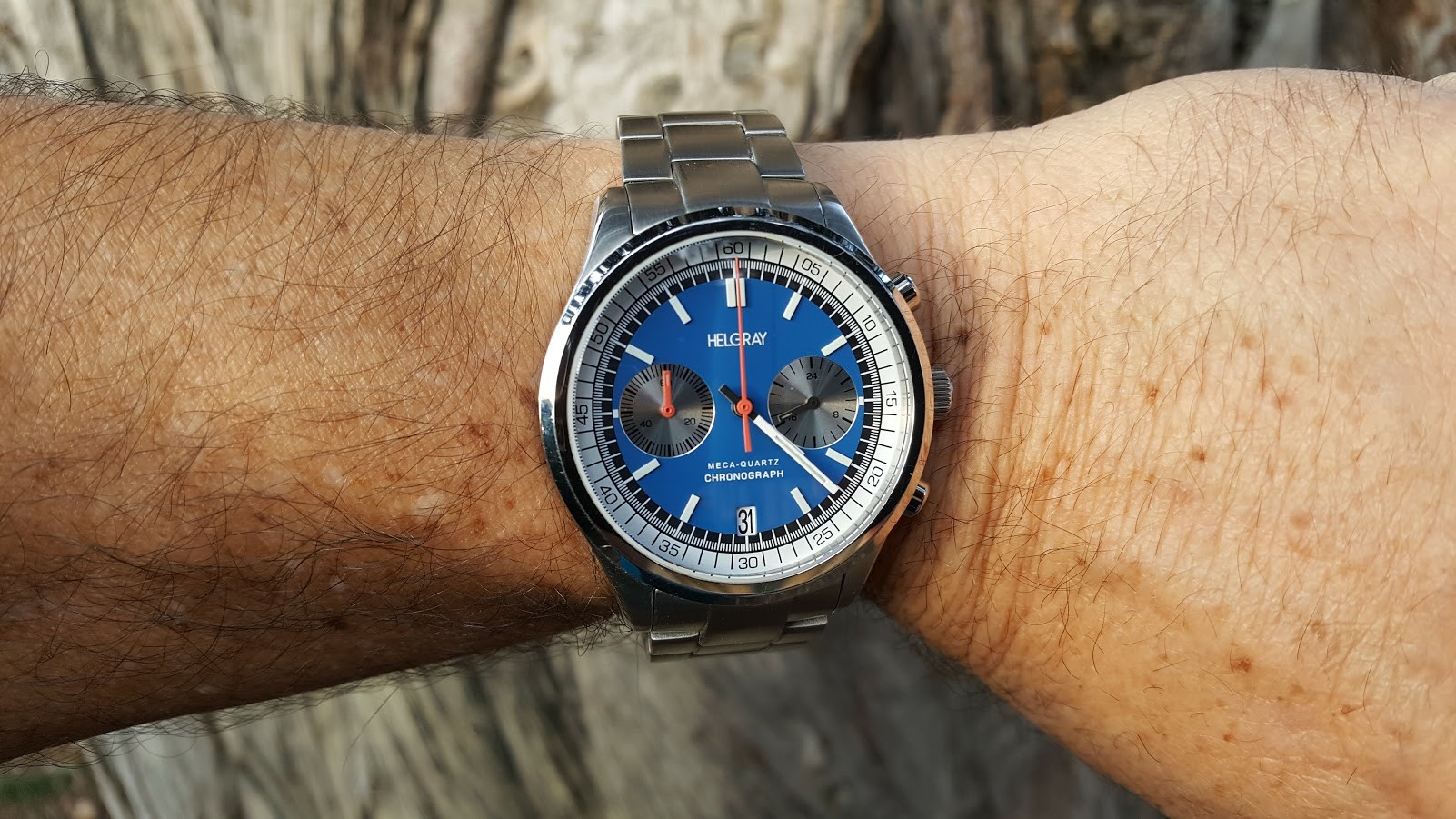 The bright orange chronograph second hand works perfectly with a completely mechanical feel.  Accumulated timed minutes are registered by the 60 minute subdial at 9 o’clock, which also has an orange hand.  The 3 o’clock subdial registers the hour of the day in a 24 hour format, using a black hand.  Both subdials are in a silver sunburst pattern with black markings, with the face in blue (in this version) with white second and 1/5 second markings.  Full size white luminescent hour markers are used (except at 3, 6 and 9 o’clock) with a double somewhat shorter marker at 12 o’clock.  The outer edge of the dial is white with black markings for 60 minutes (or seconds) with numerals from 05 to 60 in intervals of five.  The black on white date window is discretely placed at 6 o’clock.  All in all I find it to be an attractive and easy to read  chronograph face.

This watch is sporty, attractive, well made and very comfortable.  It fits smaller wrists (mine is 7″) perfectly.  My only issues with the watch are the Mecaquartz movement lacks a running second hand and the crown should be engraved with the Helgray logo, rather than a plain “H”.   All in all this is a very good Mecaquartz chronograph that should not be overlooked in it’s market segment.  $299; www.helgray.com