The wiki term Gentleman refers to any man of good, courteous conduct. However, from the The Gentleman Blogger, Mr. Matthew Zorpas quoted “A gentleman is a knowledge-seeking individual who desires to live a rich life and has attention to detail. He embodies integrity and honour, and takes great effort in all of his interactions and transactions with others. He has style, charm and kindness. Today, gentlemen are more diverse and more approachable than they were in the past. However, with ever-increasing social pressures and distractions, it can be hard to both keep up and maintain a gentlemanly way of thinking.”

Like what Mr. Zorpas quoted, style is an ingredient part of a Gentleman’s lifestyle. So, that goes without unnoticed when Founder of Egard Watch Company, Mr. Ilan Srulovicz decided to setup a new brand, Gentleman Warfare, which aims to bring affordable luxury, contemporary, cool aesthetic to all through his passion. On his other branding, Egard Watches was seen as a luxury branding that have been established since 2012 and have served many famous hollywood superstars such as Jamie Fox, Jeff Daniels, Terry Crews, Sugar Ray Leonard and many more. But through Gentleman Warfare, a father & son collaboration and an inspiration from brands like SevenFriday, Panerai, Bell & Ross whom brought vintage and industrial feel to the watch industry, they managed to produce a timepiece that is able to capture the essence of the brands mentioned earlier with its’ own look & feel. The V1-Gent was born with the concept of Design Meeting Inspiration that captures craftsmanship, quality and uniqueness that are key elements in making a timepiece. V1 stands for Version One, which is also the flagship timepiece for Gentleman Warfare.

From prototyping to finally launched on Kickstarter, it didn’t take long for them to be fully funded though there have been feedback and criticism on the brand name that led to changes from Gentleman Warfare to just plain G.W. The origin of the brand name Gentleman Warfare was meant to fight against the modern technologies in today’s digital age and bring back the old school within us. During the Kickstarter campaign, they made some changes which includes the brand name on the dial “G.W.” and offering 3 stretch goals along the process, which includes the limited edition engraved version, upgrading sapphire crystal caseback and adding Swiss Superluminova lume onto the hour & minute hand tip. Originally I was interested in the V1 Bronze, but when the engraved version stretch goal is available, I just had to get that, and so I did… 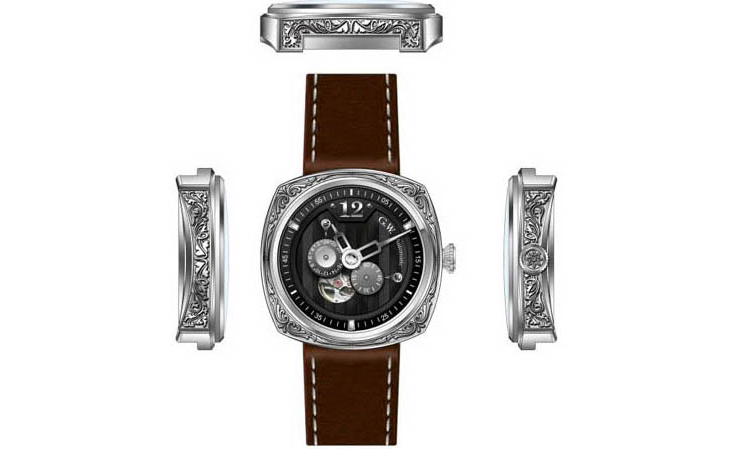 My review is all about the engraved version, so the good about it is that the engraving on the case looks professionally done and well balance throughout the overall shape of the case. I like how the crown resembles the pilot-style a.k.a oversized onion / diamond but I am not sure what does the octagram logo (8 pointed star symbol) on the crown represents though. The dial is not too complicated and not too simple from my point of view. Love how the dial showcase the skeleton automatic movement of the Miyota 82s7 mechanism. The thick leather strap that came along with it feels of a good quality. The size of the watch may seem big to some, but to me, it feels alright at 45mm and it tucks well beneath my dress shirt too ! So, on weekdays office hour when I’m dressed up at work, I’m able to bring the gentleman class onto my wrist too. And when I’m not dressed up, my wrist still looks as classy as a gentleman ! After swapping the leather strap to an aftermarket 24mm metal bracelet, the watch looks gentlemanly MAN and I’ve been getting positive feedbacks on my Instagram, even from the man himself, Mr. Ilan. So maybe Mr. Ilan will have to add a metal bracelet as an optional accessories for future buyer of the V1-Gent Engraved version.

The Not So Good…

Well… as quoted by Gene Simmons, “within the perfect situation, not everything is perfect“. That goes the same with the V1-Gent Engraved version. Firstly, the arrival of the watch was delayed by 3 months. Nobody likes a delayed shipment but that is kinda common for most projects on Kickstarter. So far, throughout my experience supporting Kickstarter projects are 70% late, 20% failed to deliver and 10% on time. But for this project, Mr. Ilan had to delay due to QC & Testing Phase that failed on the first production and followed by an unfortunate accident to the man himself, which caused this unwanted delay. The reason I’m mentioning this is because I have seen many Kickstarter backers lately being impatient whenever a project is delayed and quickly jump into negative conclusion, resulting in a refund request frenzy. As backers, we can’t be expecting every projects to be delivered on time and as creators, you should always communicate and update the backers whenever there is a potential risk of a delay or an issue that you are facing with the project. Therefore, as backer, if you can’t wait, don’t pledge on Kickstarter and instead wait when the product is available off-the-shelf (retail or online), and as creator, if you don’t have the time to update the project status, hire someone to do it for you. In this situation, Mr. Ilan have been updating the progress in a promptly manner in regards to the QC problem as well as the unfortunate incident that caused the delay. Kudos to you & hope you are in better health condition by now…

Next would be the sitting position of the watch on my wrist, because I’m not sure if it’s my “asian” wrist it somehow doesn’t sit perfectly in the centre as it tends to slide upwards. No biggie on this, but just find this weird and it could be just me. The lume on the tip of the minute and hour hands are very poor, to the point I felt it doesn’t exist. Lastly, I didn’t enjoy the subdial disk of the hour as it doesn’t make sense to have a repeatable hour, when it could have been modified to something else (eg. moon phase subdial disk).

There’s a saying, “good enough is the new perfect”. To me, the V1-Gent Engraved Version is definitely in my list of watch collection worthy in this good enough category. It’s a value for money timepiece which embraces the influence of bigger brands such as SevenFriday, Panerai, Bell & Ross but at a much affordable price range, offering the engraving version at a limited edition of 999 pieces worldwide and the case quality that uses AA grade plating that protects the watch from plating wearing off over time or from impact. For the current retail price of US$500 (engraved version) or US$450 (non-engraved), I believe it’s worth investing and to be kept as part of one’s watch collection. 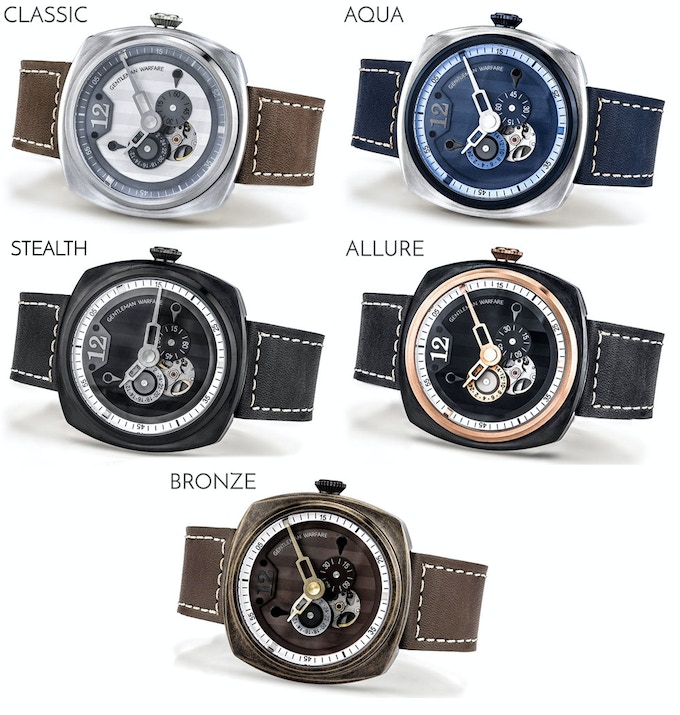