New Zealand has long been famous for Lord of the Rings, rugby and sheep but it’s now starting to make it’s mark in the watch world with several brands getting their start in the Antipodean nation. I was lucky enough to get my hands on the latest pre release version of the Taniwha Ururoa dive watch for the last couple of weeks. 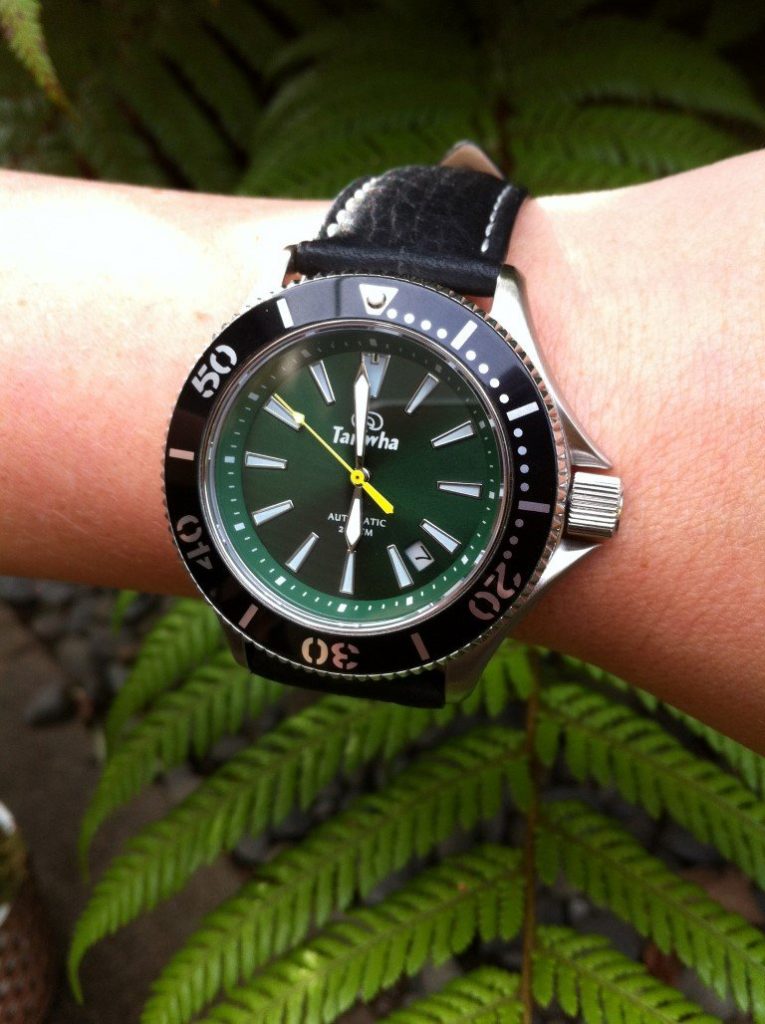 If you’re thinking that the Ururoa looks familiar, that might be because it was on Kickstarter in September last year. It was one of those projects that flew under the radar of most watch fans and was unsuccessful as a result.

Pete Barnes, the man behind Taniwha, has done a great job since then working on a relaunch and getting the watch out into the watch press to ensure it’s not overlooked a second time. It’s since been featured on The Time Bum, watchpaper and has garnered some attention on watchuseek. Now it’s my turn!

I’m quite lucky in that I received an updated prototype with a new green sunburst dial and yellow second hand. In addition the dial text has also been changed to a more serious font, giving the watch more credibility. The changes from the original version are modest but add those finer details that lift the watch into a more compelling package.

About the Taniwha Ururoa dive watch

A taniwha (pronounced tanifa) in Maori mythology is a water guardian spirit that live in deep pools in rivers, dark caves, or in the sea, especially in places with dangerous currents or big waves. A fitting name for a dive watch brand. The model name, Ururoa, is the Maori name for the Great White Shark which is featured on the case back engraving. 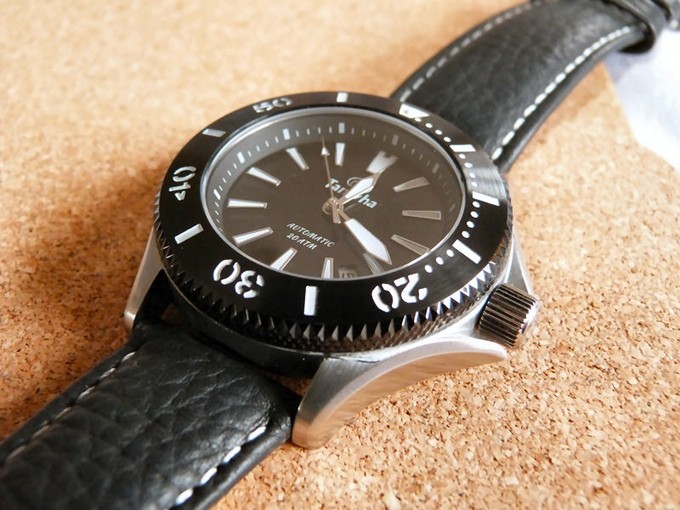 My first impression of the watch stuck with me for the whole time I had it and that was how much better the build quality and uniqueness of the watch was than I was expecting. This watch is a definite challenger for your money if you’re considering a Seiko or Citizen dive watch in the same price range. The bezel had a solid action, the green sunburst dial was just stunning and the unique brand turned the heads of my watch buddies when they noticed it. And of course, those amazing crown guards just steal the show. 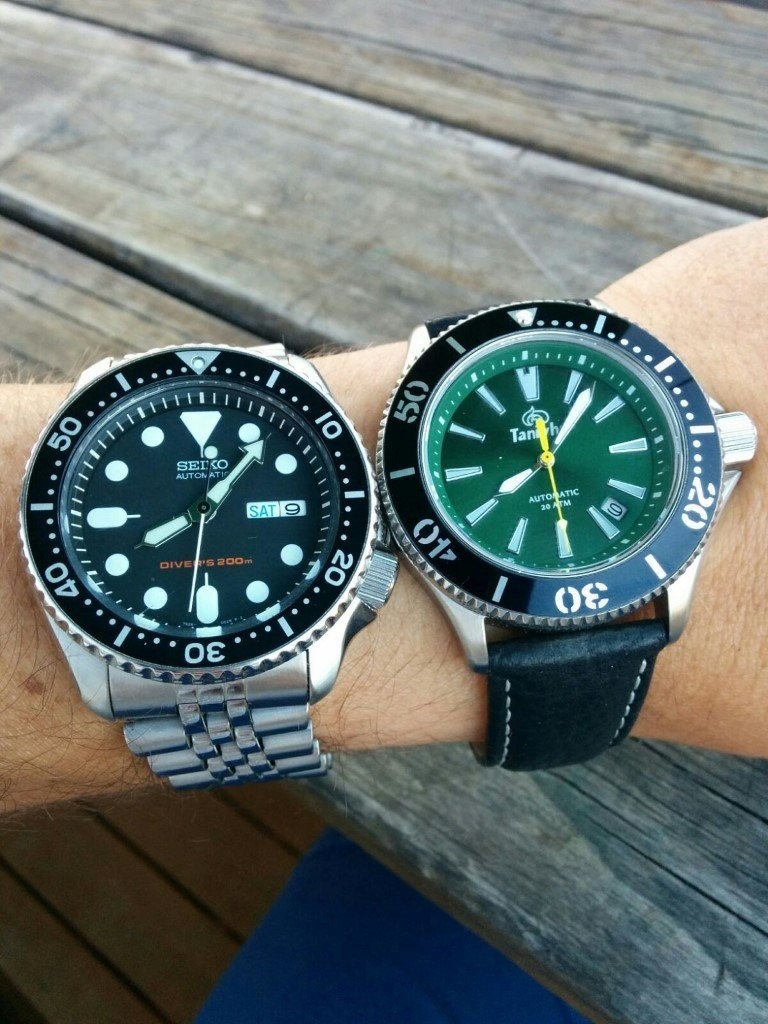 The only downside for me was the strap buckle holes were a bit too far apart to find a comfortable spot for my wrist but with the wide array of after-market strap options out there it’s a very minor quibble.

The watch is due to relaunch on Kickstarter at the end of February with early bird pricing starting at $240 and stepping up to 290usd with limited numbers of 2 watches for 410usd.

Taniwha still has a limited online presence but you can find them on Facebook and at their website.