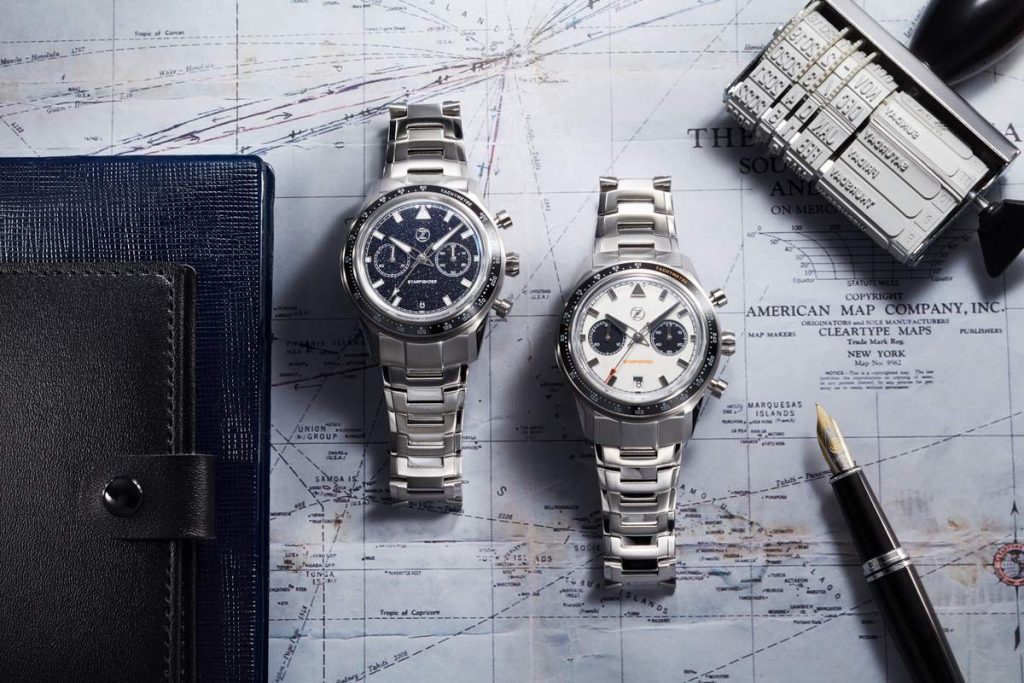 The first in our series of reviews of microbrand companies in the world of watches is the Singaporean Zelos, a watchmaking company founded in 2014 by Elshan Tang, who was only 24 years old when he turned to crowdfunding site Kickstarter in order to fundraise for Zelos’ first watch. We will explore Zelos’ story and get to know Elshan Tang, the man behind the company and its exotic watches.

In Elshan Tang’s youth in Singapore, his friends were content with their Casio G-Shocks and other digital watches. But the young Tang had always been drawn to analog watches. When he could finally afford to buy a Seiko watch, he felt particularly lucky. This watch started Tang’s journey into the world of watches as well as his addiction to mechanical watches. The watch remains in his collection to this day, according to Tang. In 2014, at the young age of 24, Tang decided to fulfill his dream and launch his own watch. He turned to the crowdfunding site Kickstarter as a means to fund this ambitious project. His funding project was a success which managed to raise $ 80,000. With this money, Tang launched his first model to avid fans of the brand.

Four years later, in January 2018, his second mass recruitment project exceeded all expectations. The target amount set for the project was $ 30,000. Tang managed to raise $ 300,000 instead. With this money, he launched his line of ZX chronograph watches, made of materials like the body of the SR-71 Blackbird reconnaissance aircraft.

In an interview with the BBC, Tang emphasizes the importance of Kickstarter to his company – “Kickstarter was of paramount importance in getting our first collection and from which basically the whole company started,” Tang says. “It provided the funds needed to run production, as well as the security of knowing that there was a market ready for watches that were in production.”

Does everything work smoothly?

Tang emphasizes that not everything worked out smoothly for the company. It takes three attempts to design a watch that he can be happy with. In the same interview, Tang recalls – “Looking back, my first design was awful! I’m glad it did not reach production. I wanted something different from everything on the market. But now I understand that it was just too wild a design. ”

“Most of my design work is done in the wee hours of the morning. There I find the time and inclination to illustrate new ideas. I get inspired by other mechanical objects like airplanes or cars and I work with a designer to put these ideas into a realistic three-dimensional format ”.

If you think the life of an entrepreneur and watchmaker is easy, you are sorely mistaken. Tang says he usually works long after midnight, enjoying the serenity of Singapore late at night. Today Tang and his watches are still far from being “classic”. Aside from using the body of the SR-71 Blackbird aircraft, Tang also used the body of a nuclear submarine to design his watch and generally seems to like using exotic materials.

Tang says that the Internet is what has made his business completely international. While Zelos watches can be purchased through authorized resellers in Hong Kong and Singapore, Tang says watchmakers and Kickstarter supporters have purchased his watches online from a wide variety of locations around the world. Tang says the company sent watches to almost every country in the world, directly from its warehouses.

The production of watches is also international. The watches are mainly manufactured in Hong Kong and China. They are then sent to a warehouse in Singapore, where Tang closely inspects them before being sent to the customers.

According to Tang, the internet helps him not only sell and distribute his watches, but lends a hand in their production as well. Through the internet he has found suppliers for the rare materials that make his watches so unconventional in their price levels. “We buy the meteorites from suppliers on the Internet who also deploy them according to our specifications, in order to create such a unique board,” says Tang. Even the titanium of the SR-71 Blackbird was purchased via the Internet. The material came from a former engineer who worked on the project, with Tang saying it was probably the rarest material he used.

Tang runs a kind of “one-man show.” He designs the watches himself with the help of a designer. He takes care of the customer service and updates his website himself. His staff is limited, with Tang emphasizing that one of his most important friends is the freelance photographer who is responsible for photographing the elegant products for his site.

Tang tells a bit about the difficulties he is facing, especially on the financial side. Tang sells his watches in US dollars, mostly through online payment services. He pays his suppliers in US dollars. However, local expenses like errands and payments to family members who help him, are paid in Singapore dollars. He therefore holds bank accounts in Singapore dollars and US dollars. He uses the services of an international money transfer specialist to withdraw funds to his local bank account.

According to Tang, these services offer him a highly competitive rate for transferring funds. Another advantage is the fact that they allow him to make these transfers in US dollars, which saves him additional conversion rates. Tang says that unnecessary conversions to the Singapore dollar will put his company at significant risk, as he will be twice as exposed to currency exchange rates.

In 2018, Tang sold about 4,000 watches. Since then he has continued to grow his company in a measured and controlled way, while continuing to be the beating heart and the most important (and only?) Person in the company.

The life of an entrepreneur

In an interview with the Singaporean BURO247 website, Tang tells a bit about the behind-the-scenes of an entrepreneur’s life. He enjoys working according to his schedule and engaging in what he really loves. But on the other hand, he emphasizes that the pay slip is never guaranteed and you have to work all the time, non-stop, for the company to continue to exist and be profitable. In addition, as an entrepreneur whose company is entirely a one man show, Tang says that from time to time he encounters difficulties in raising funds in Singapore, so he is forced to occasionally turn to crowdfunding sites like Kickstarter, which as mentioned have propelled his company forward. Tang says that what helped his watches stand out from others was the fact that he realized that it was not enough just to be on Kickstarter. You should also tell a good story and interest the target audience. Then you need a good marketing plan and especially a marketing budget, before starting any new project or collection – you should already see how you market it and what story you are trying to tell with its help.

What’s so special about Zalos watches?

Like other microbrands, Zelos was established following a successful Kickstarter project; but unlike other projects, Tang was able to launch his first watch followed by additional watches that popularized among watch enthusiasts all over the world.

With designs meticulous and easy to identify, you could say that Zelos watches have their own “DNA”. They offer very high value for money. Along with wonderful dive watches at price levels of $350 to $1,000, Tang even markets a turbine watch, the Zelos Mirage, at a price of about $12,000. Tang managed to easily sell all ten watches produced. Inside the watch he incorporated a mechanism from La Joux-Perret, a Swiss mechanism maker located in La Shou-de-Pond.

Collections and models of Zelos watches

Zelos has numerous  watch collections, most of which have already been SOLD OUT and it is unclear if Tang will reproduce them.

Prominent models that are already SOLD OUT –

The models sold these days –

Zelos is one of the most prominent watch manufacturers in the field of microbrands. The company offers (or used to offer) a wide range of watches. Their price range varies but they always offer very high value, both in relation to their price as well as their quality, making them considerably great watches- made of quality materials, with a high level of finish and most importantly, as Tang says – watches that tell a successful story.