For a small country like Singapore, there seem to be a growing number of microbrands in the watch industry today, brands such as Zelos, Ventus, Vilhelm, Dievas and many others. Another brand that has been in the market for a few years is Regia Timepieces; founded by Mr. William who is a watch enthusiast himself and the author of a very popular Seiko parts blog (where he often writes about his modifications and passion mainly about Seiko watches with its’ movement). Why Regia you may ask ? Regia means “Royal” in Spanish and Mr. William’s vision is to ensure every watches of his on every customer’s wrist is treated to a royalty timepiece.

Through the influence and inspiration of some historic Seiko Dive watches, Mr. William often find himself desire to create a timepiece that matches his passion. Through months of constant changes in the design phase, errors and issues to be resolved during prototyping phase, finally The Diver a.k.a Amour Fish is ready to be served. And we at MicroBrandWatchWorld were lucky enough to have the first dip to have a hands on review for the 2 versions – Gold & Silver prototype.

So, now you know what Regia Diver is all about, but what you really want to know is what are my thoughts on it, after officially testing it for the past few days… right ? Here’s my brief review of what I think about the prototype version of both Gold and Silver Regia Diver, but do note my opinion is based on the prototype version that was assigned to me. 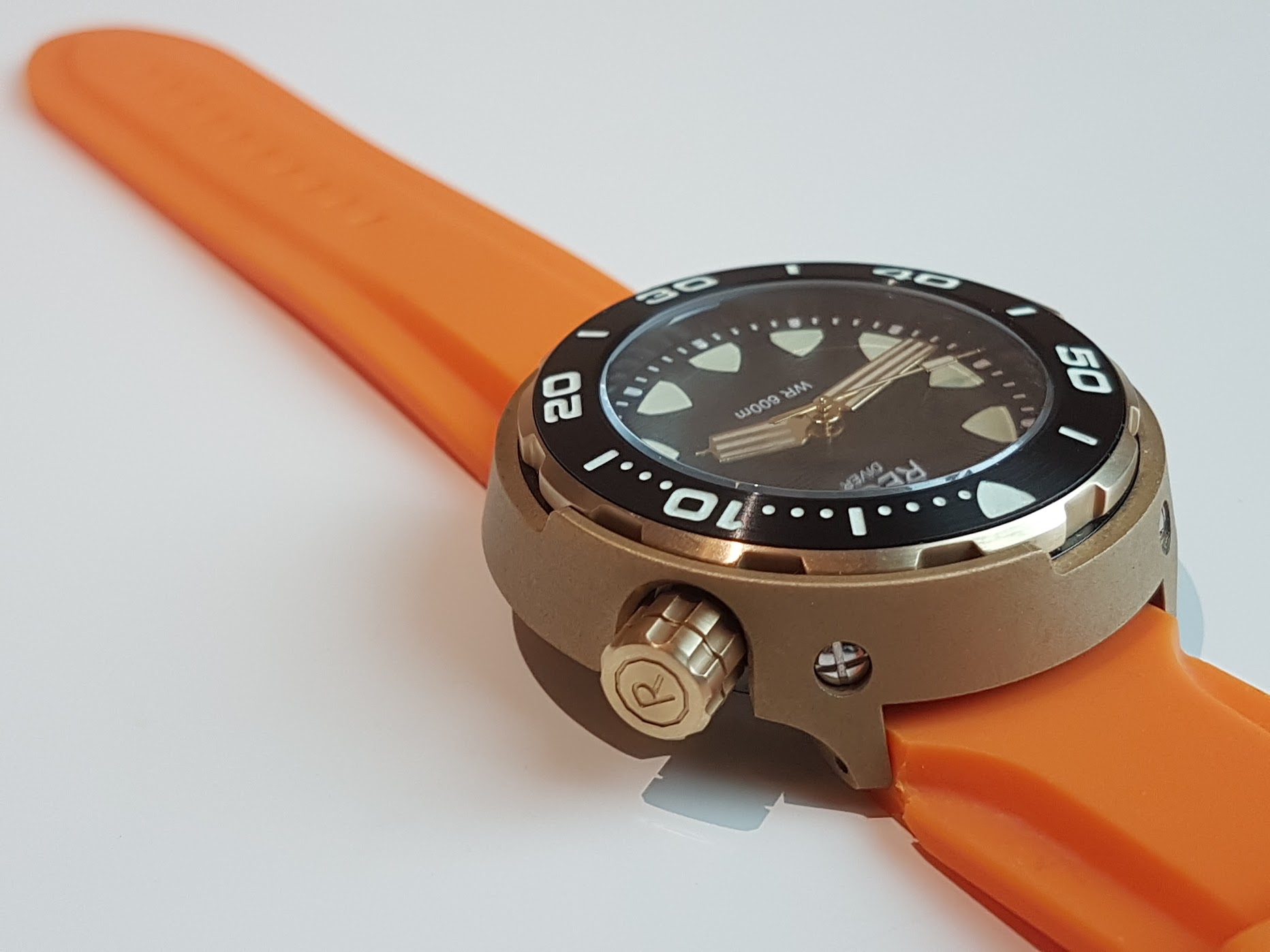 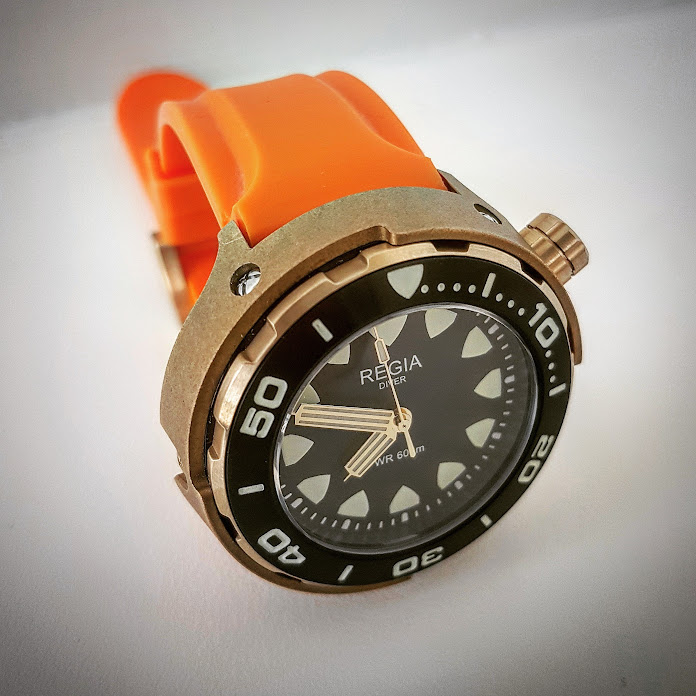 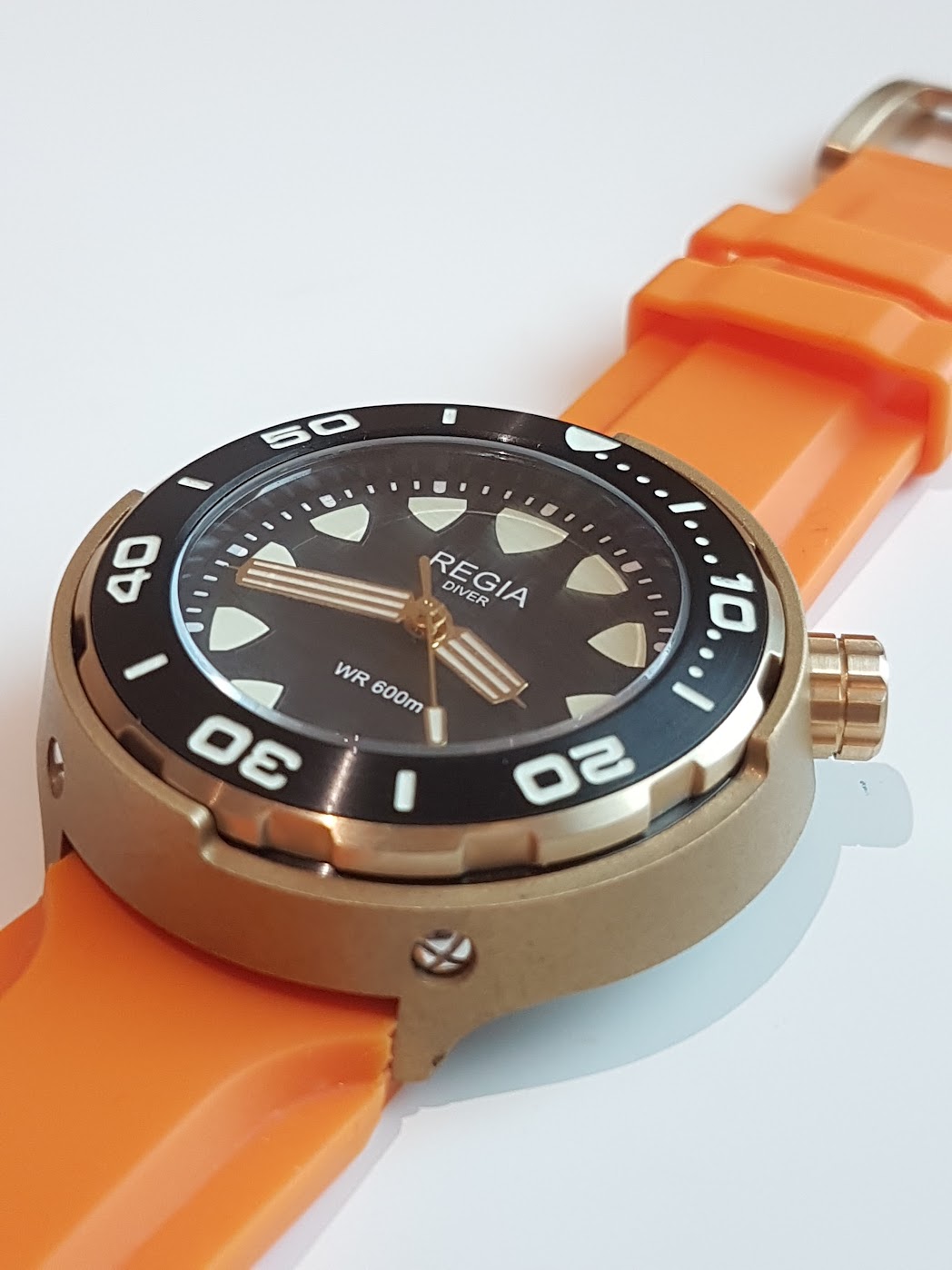 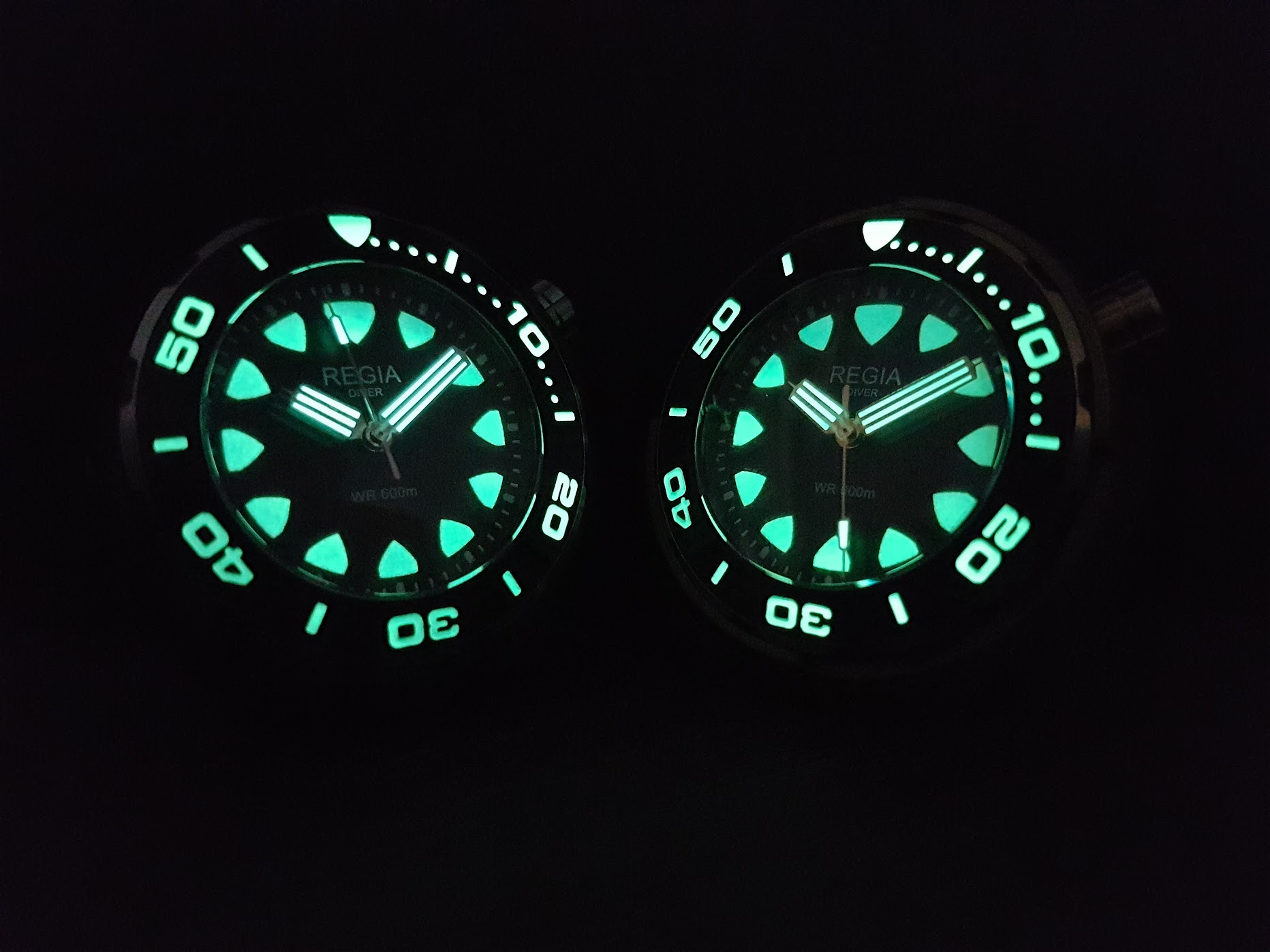 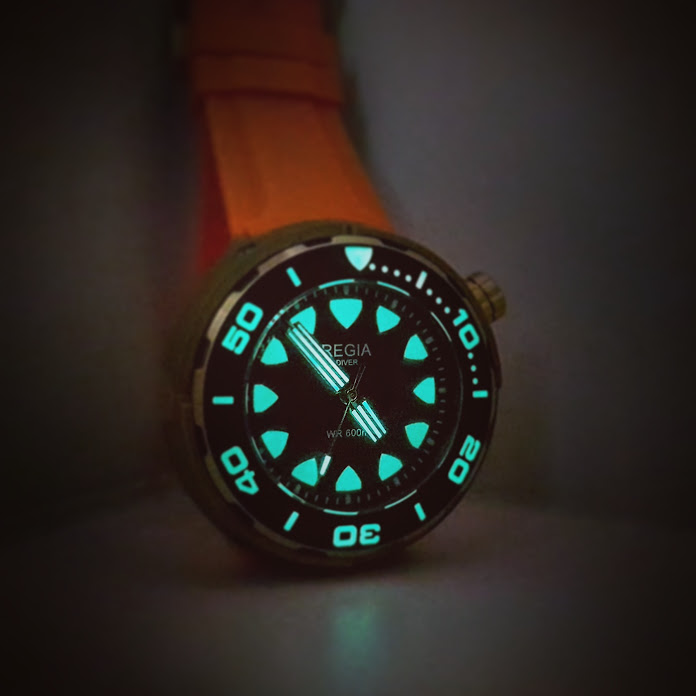 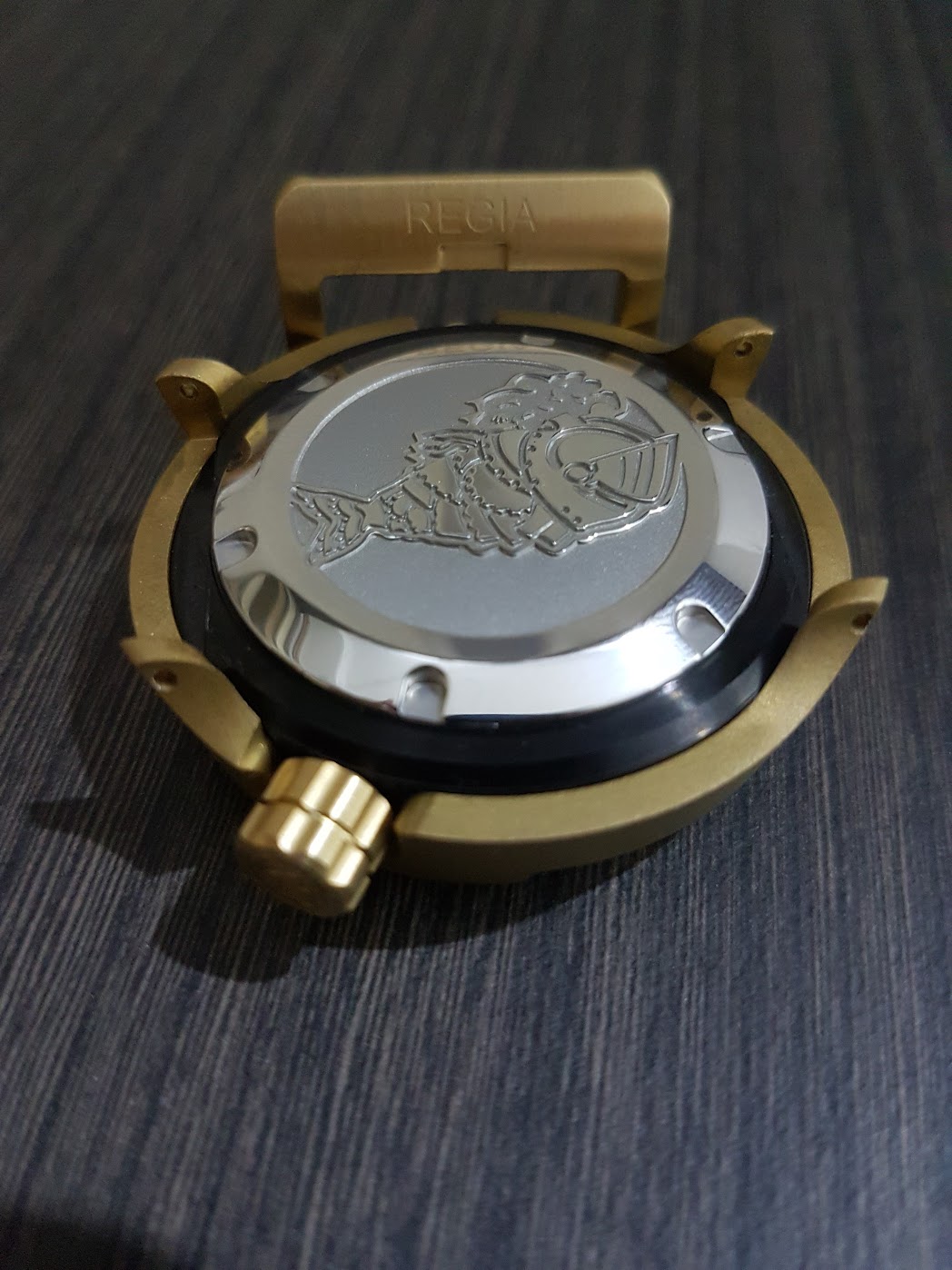 Overall, I think this is a very good alternative to the common Seiko we see in the market today, with a slight twist to the dial, hands, size and movement. At the current pre-order price of US$420 (till mid May 2017), with such specifications and quality, I strongly believe this should be a nice addition to every diver(s) out there and also to watch collector like myself. I’m definitely gonna convince my Home Finance Minister to approve my request to add Regia Diver into my watch collection !

In the meanwhile… please enjoy some photoshots I’ve snapped of the Regia Diver with its’ original nato strap, after-market rubber strap and metal bracelet below. 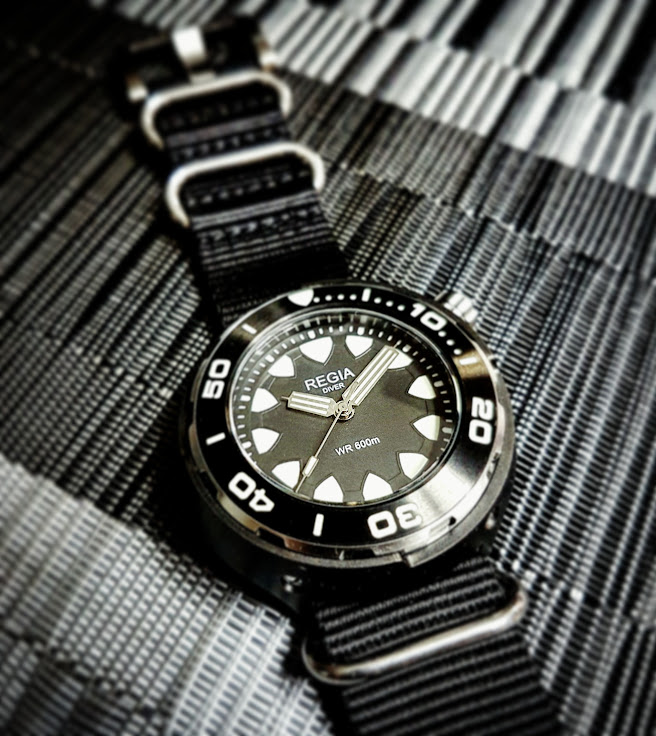 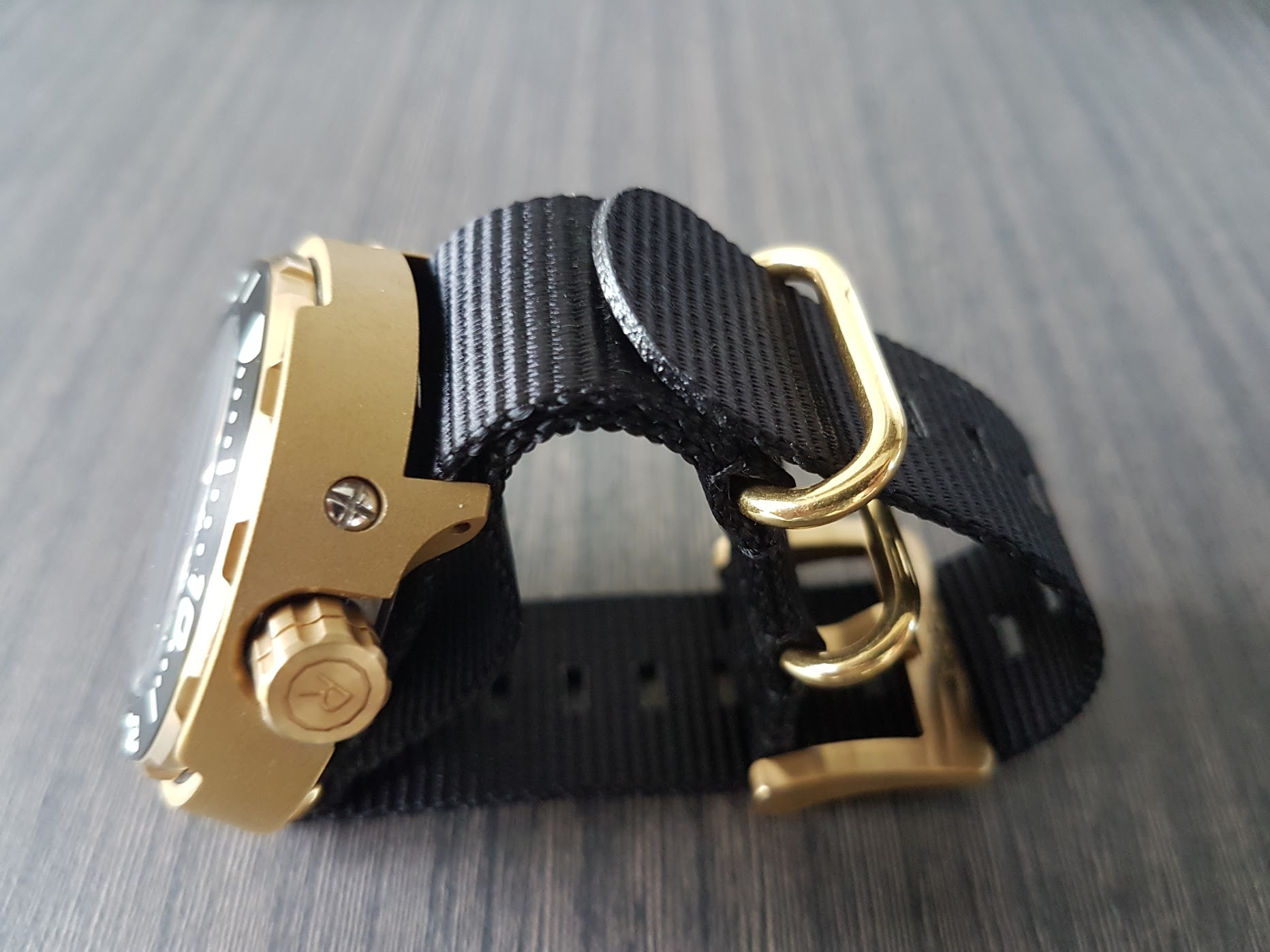 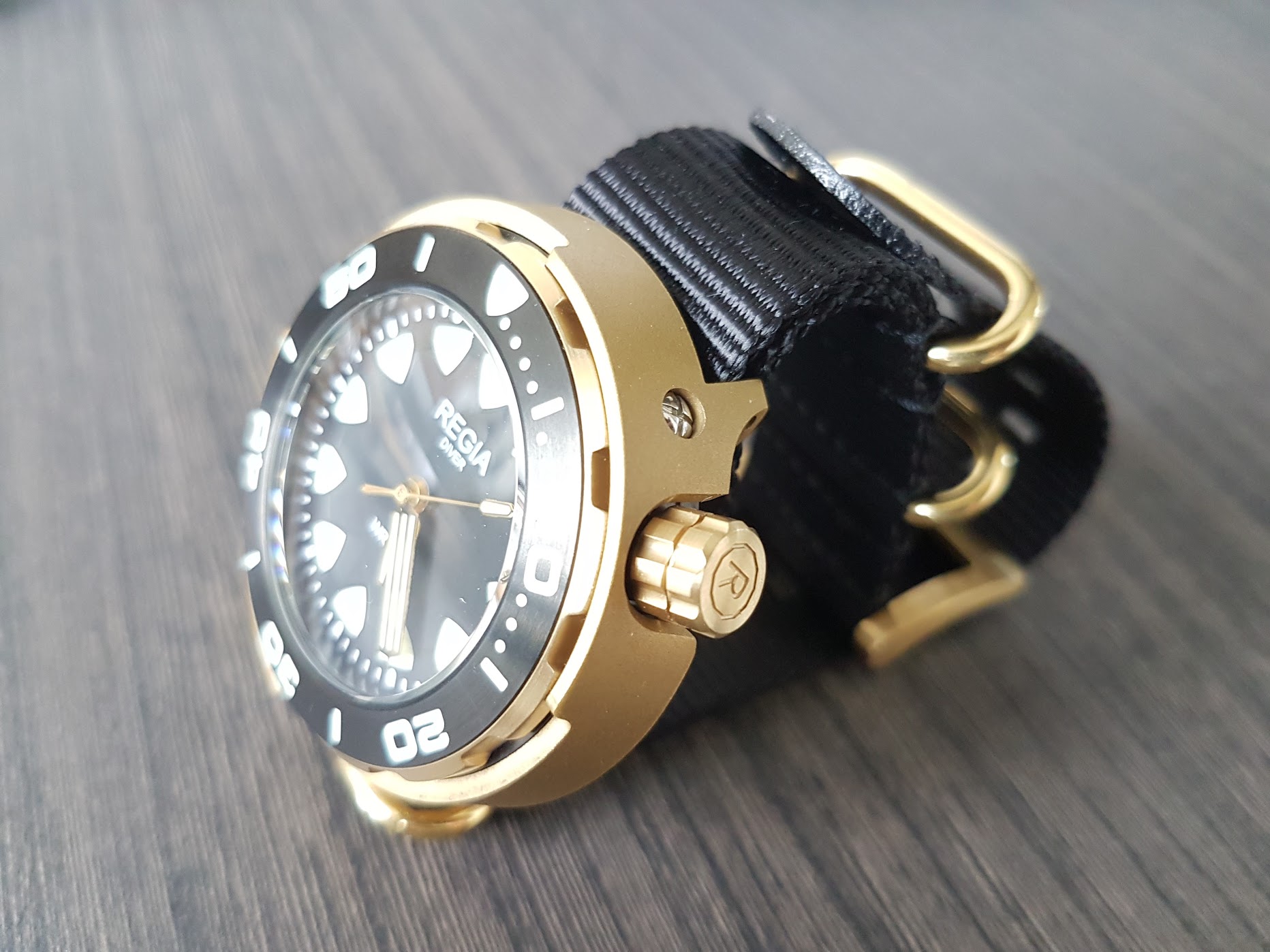 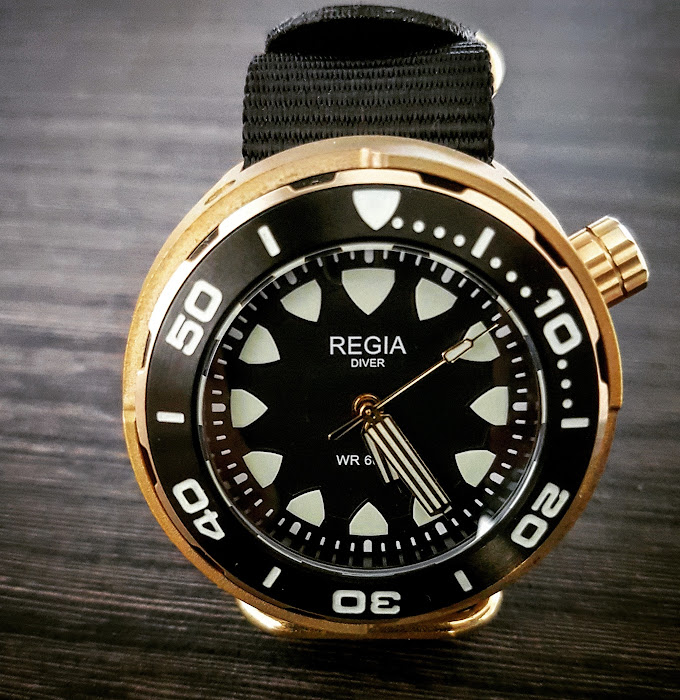 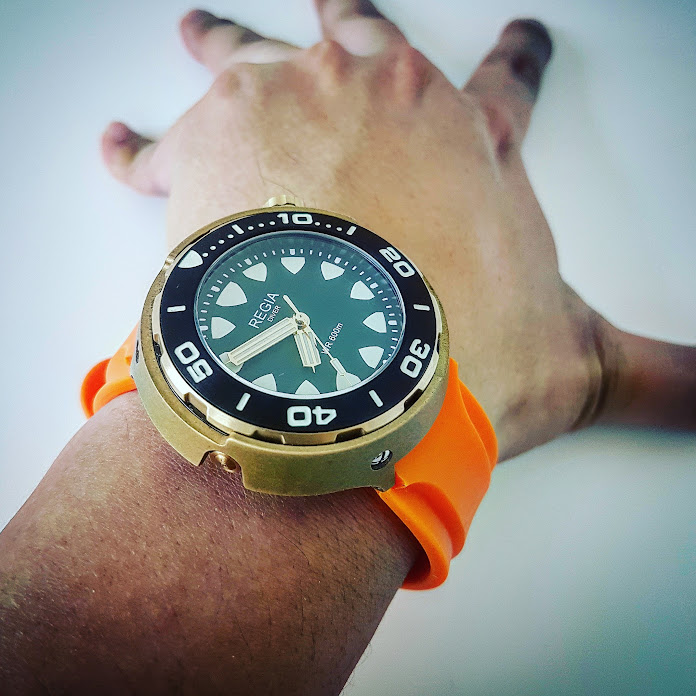