Today’s guest reviewer is Simon Ford from the Microbrand Watches Facebook group. He’ll be giving us his impressions of his new customised Elliot Brown Canford. 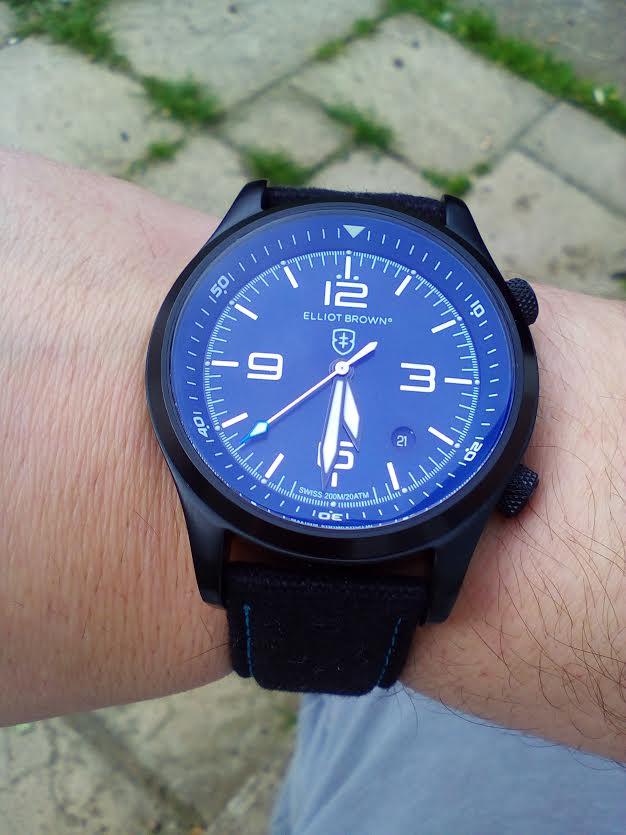 What can you buy for £425 from the shops and microbrands now days?
Well quite a lot actually, as it’s a price point that everybody has in mind when looking to buy their first decent watch, you could buy Bulovas, Seikos, something Swiss and some fantastic microbrand watches and even a big named used big brand from Ebay but there’s one major problem with all off those…what happens if you don’t want something that’s the same as everyone else?

This brings me to customisation.

well for an extra fee usually between £50-£100 (depending on what work you’d like to be done), Alex Brown one of the owners and qualified watch engineer, will personally create a one off fully customised watch for you, the only limit on what can be done is your imagination, thus making a small/medium company into technically a very small Microbrand.

The combination off colours I personally chose were the dlc case, with sunburst blue dial, black outer minute and hour hand, sunburst blue outer dial, a white and blue second hand, and last but not least some engraving to the back.

Once received (which was very quick indeed), the outer packaging is a very nice cardboard box with the Elliot Brown logo and houses the Book covered material inner box which comes with 2 screwdrivers to change your strap if you wish. 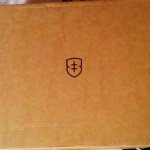 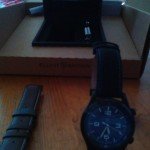 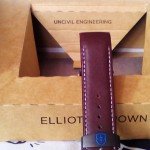 My Canford is on a black and blue canvas strap, and as a spare I ordered an Ox-Blood leather strap.

Build quality is exceptional, the watch is weighty without being cumbersome, (125g) and 44mm wide not including the crowns powered by an ISA Swiss movement and a thick bevelled mineral glass, water resistant to 200m and contains Elliot Browns Movement Shield System which means it’ll take any knocks you can throw at it. 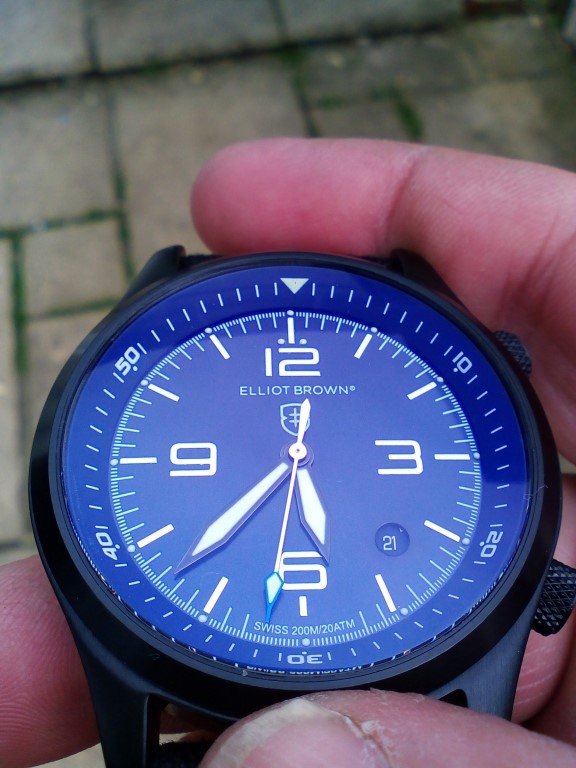 So would I recommend a customised watch over a mainstream off the shelf?

Of course I would, aside from the quality build you’re getting the personal touch knowing that it’s been made by someone who really cares, and talking about the personal touch, Alex also included a personal hand written card which was an excellent touch welcoming me to Elliot Brown and another note saying where and when My Canford was made.

Anyway enough waffling from me please enjoy the pictures and think ‘Customisation’! 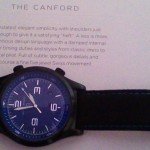 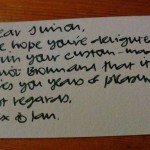 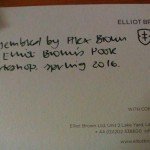 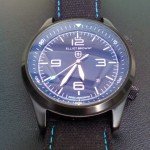 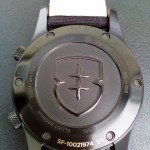 Thanks Simon! If you would like to learn more about Elliot Brown or take a look at their various models and options please visit their website and Facebook page.