Apollo – A watch that’s out of this world 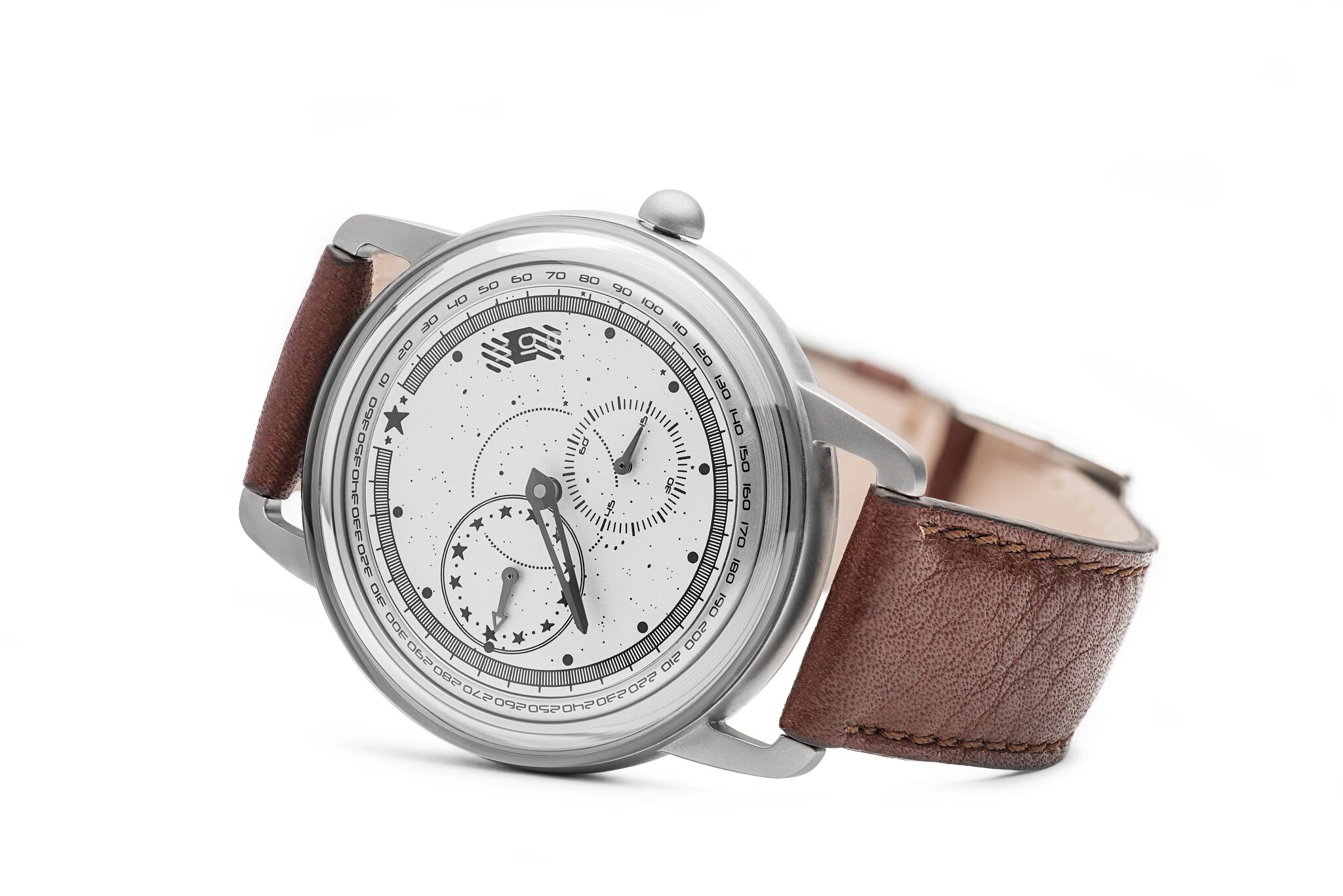 The Apollo is a new project by Amber Liu following on from her Artemis project last year. It will be launching on Kickstarter on the 28th September. [Update: The project is now live on Kickstarter]

While the Artemis was a fairly ordinary looking moonphase dress watch, the Apollo is something else entirely, pushing the envelope on design ideas to produce something quite exotic.

The regulator design is one that we don’t see very often anymore, it used to be quite common on pocket watches. Simply put, it has hours, minutes and seconds separated onto three different dials. A large central minute hand gives you the minutes at a glance, with smaller dials for hours and seconds sitting in the background. 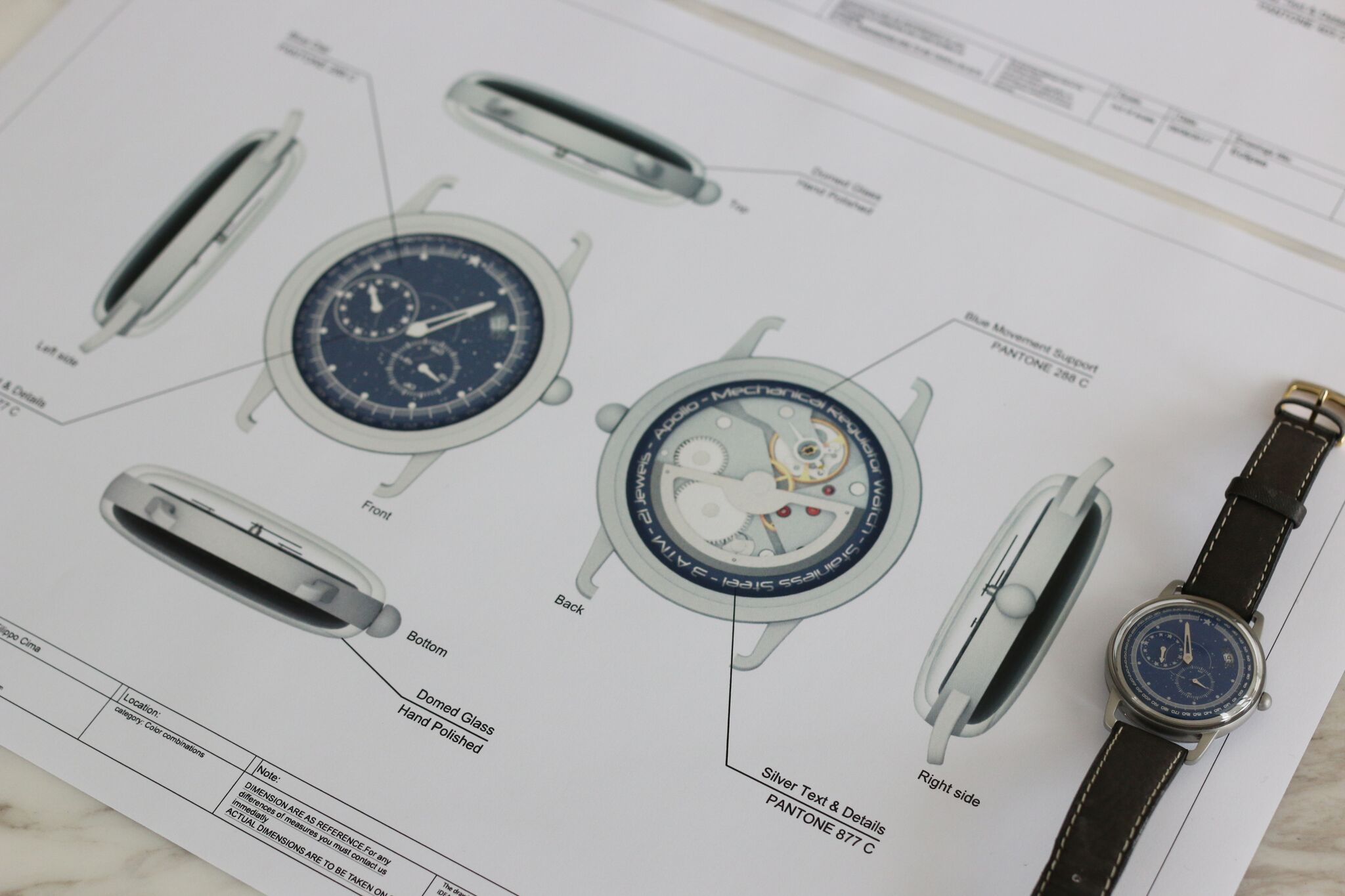 The dial features a map of the northern sky and the hour subdial is marked by stars instead of numbers to go with the astronomical theme. I’m a little confused by the 360 degree index on the main minute dial. The only thing I can think of is that it’s supposed to help when using the watch as a compass but the problem is you would need an hour hand on the main dial to use it as a compass. Perhaps it could be useful when aligning with the North Star, but as a southern hemisphere resident I’m not too familiar with northern hemisphere celestial navigation! If you can think of a use for the 360 degree scale let me know in the comments.

Aside from that that small design misstep, the overall dial design is pretty appealing. I quite like that the date window is at 2 o clock rather than the more common 3 or 4 position. it adds a little more novelty to the design. 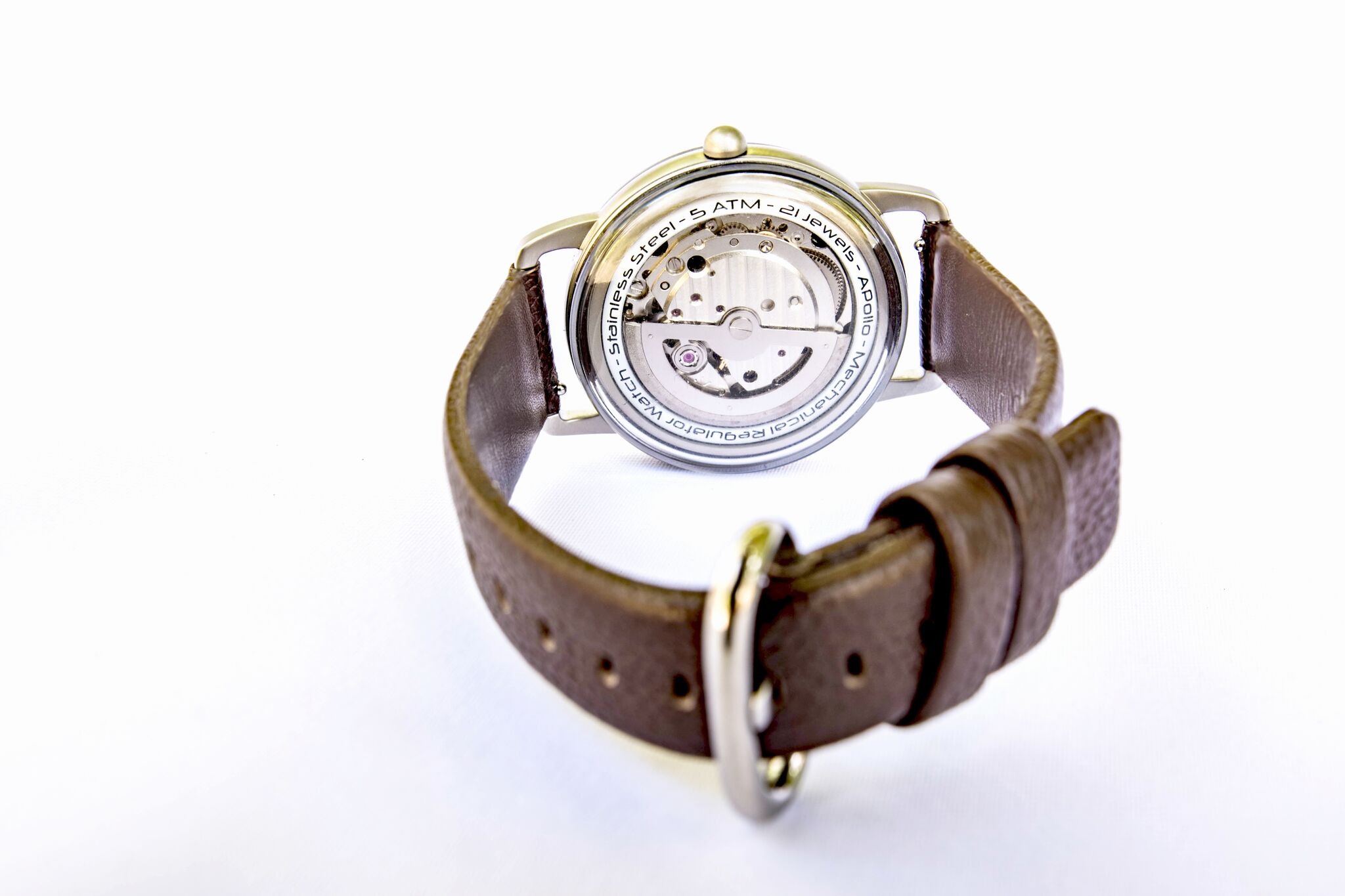 The most eye catching design element however is the ‘double bubble effect’ of the crystal and case back. The curved casing is made from Hesalite crystal, a robust, shatterproof modern acrylic that was popularly used on Omega watches. You’ll see the dome-shaped crystal extends to the very edge of the watch– making the watch look more like crystal than metal. having so much crystal in the case means the Miyota 8219 movement is on full display and if you look closely you’ll see that it appears to float in the case with no apparent supports.

Size wise, the Apollo clocks in at 38mm wide with 12.75 thickness. That double dome gives it a comfortable pebble shape that looks like it will sit comfortably on the wrist. 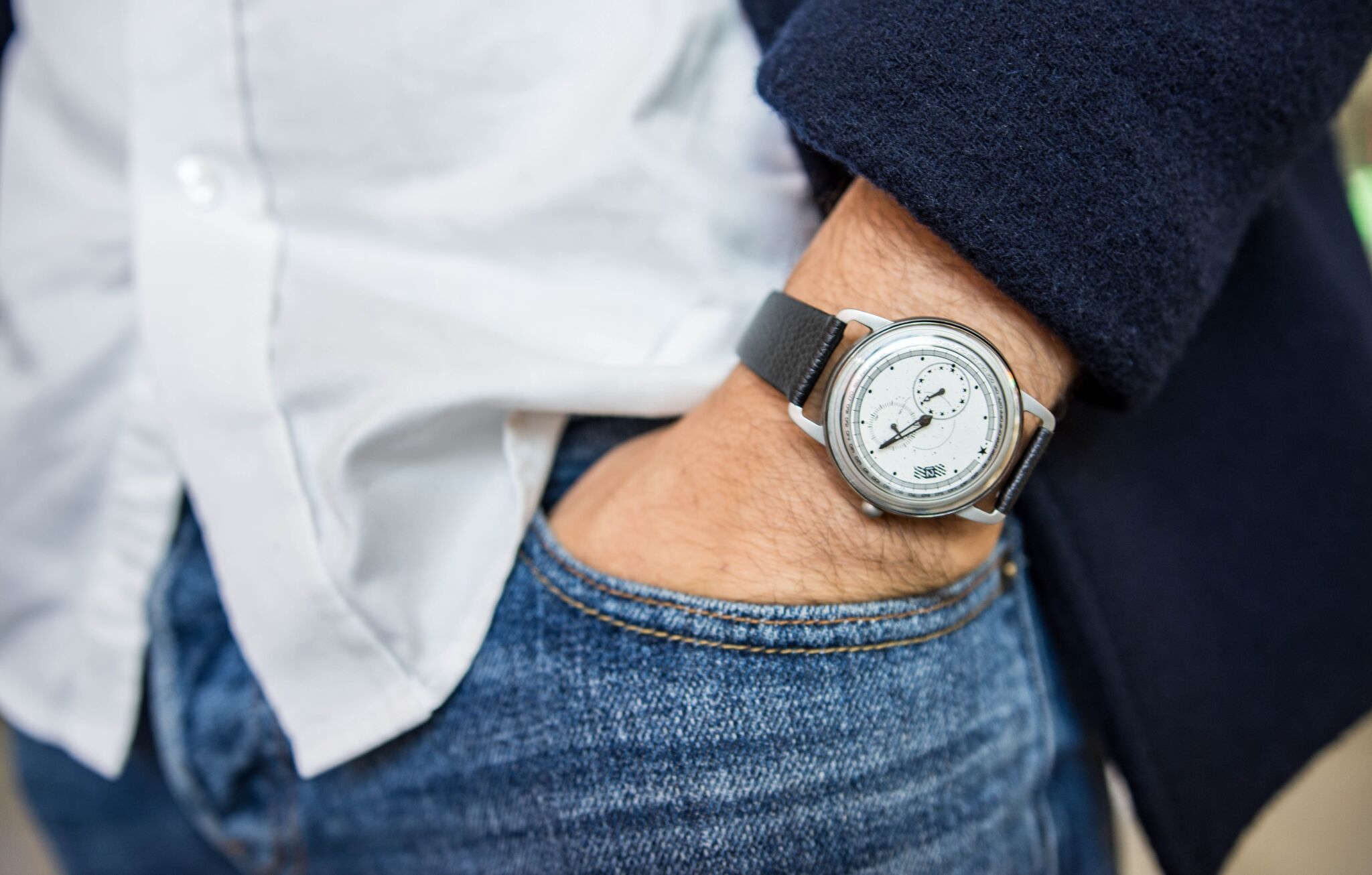 There’s no price info available yet but Apollo are offering an Early Bird promo code on their website so be sure to register for that to get the best deal when the Kickstart goes live. There will be four different colour options available, unfortunately I wasn’t provided with a picture showing them all but you can see the options on their website. fund-apollo.com

All photo’s shown have been provided by Apollo.