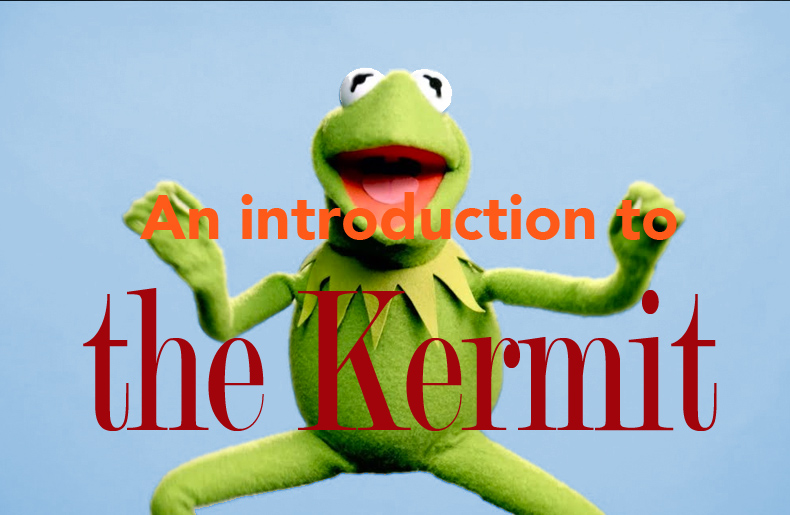 As we know well by now, fans of the house of the crown have a habit of giving different nicknames to their favorite watches. Especially the most successful ones, namely the Submariner and GMT Master series, have seen a large number of quirky nicknames for the timepieces in them, of which “Kermit” – the cute little frog from the Muppets TV series – is a case in point. So let’s find out together what a “Rolex Kermit” really is and how many types there are (yes, there are several).

Which Rolex is the Kermit?

During a long horological career that began in 1953, Rolex produced endless variations of its most famous timepiece, the Submariner, which varied in different details, one of the most obvious of which was the bezel’s color or dial. In 2003, to mark the 50th anniversary of this model, the Maison launched a brand new watch, Reference 16610LV, with an unprecedented green aluminum bezel-its corporate color, while the dial continued to be black.

This distinctive color combination caused fans of the brand to name it in this curious way. It was the first time Rolex incorporated its traditional color into the bezel of one of its Submariner models. This fashion became established and developed in the following years, especially when the development of technology in ceramic materials offered this kind of design possibility to watchmakers (like what happened with Rolex GMT Master II timepieces like the Batman or the Pepsi watches).

Do they still make Rolex Kermit?

No, the original version of this timepiece remained in production until 2010. The Rolex Kermit ref. 16610LV was produced for seven years, and within its lineup, it had several sub-versions that varied in small details. One of the most obvious was the bezel’s color, as the green paint applied to the aluminum, traditionally used for the bezel, tended to fade and change in hue over time.

For example, one of the versions, which has a duller, darker green tint, was named “Bertolli” because of its resemblance to the logo of the famous Italian oil. Then several other elements changed during the production of the Kermit, but as we shall see, these are subtleties evident only to the most dedicated enthusiasts.

The Kermit was retired in 2010 and replaced by the Hulk, which had a dial that was as green as the bezel. Still, in 2020, the Maison decided to retrace its steps and reintroduce the Kermit in a new version, the 126610LV, which differs from the original Kermit in its size of 41 mm in diameter as opposed to the Kermit’s 40 mm, from the bezel the bright green Cerachrom instead of the duller green of the original aluminum bezel, and from the caliber used, which is now the modern cal. 3235.

What is a flat 4 Kermit?

The Kermit Flat 4 is one of the variants of the Kermit. The name refers to the design of the 40 in the outer ring, slightly different from the previous series. This small detail can vary the quotations by as much as +10% of the value of the watch-which is quite incomprehensible.

But, you know, there is no limit to passion! So, if you have a Flat 4, you have been kissed by luck, precisely like the proverbial frog kissed in fairy tales by the Princess!

Is Rolex Starbucks the same as Kermit?

The reintroduction of Kermit in 2020 has changed its conformation, especially if we consider the bezel’s color. While it used to be a forest green color, the new Kermit has a bright green Cerachrom bezel, much closer to the color used by the famous US café chain. Incidentally, some Rolex lovers have christened it with a different portmanteau name, namely “Cermit.”

This is the main reason why enthusiasts are undecided whether to continue calling the new model 126610LV the Kermit and reserve this designation only for the original model, the 16610LV version. So if you are standing in front of a Rolex Starbucks, you know that this is the post-2020 edition of this very special watch.

The Kermits – both its original 40 mm version and the modern 41 mm version – are not a particularly rare watch, especially since they started as a commemorative model released on a special occasion, but not a Limited Edition. This fact has caused savvy investors to rush to grab one and hold it in their safes, becoming one of the best Rolex watches for collectors and investors.

Thus, although Rolex, by its policy, does not disclose how many watches it produces and how many it sells, experts agree that the Kermit is a fairly standard model, albeit less common than the traditional black bezel Submariner.

The same is repeated with the modern version of the Kermit: it is not particularly common, but neither is it rare, although its prices are higher than those of the Rolex LN (Lunette Noire, or black bezel) version.

What is Kermit Rolex worth?

As we know, the prices of second-wrist Rolexes are coming down from their quotations at the beginning of the year, but they remain very high. This situation is repeated in the different models of the Kermit, from the originals to the post-2020 ones.

In particular, investors still have a lot of confidence in this model. Although its list price is around $10,500, it is virtually impossible to buy it at that price -unless you are prepared to stay for several years on a waiting list at a Rolex dealer.

The new post-2020 Kermit models, with a diameter of 41 mm, have the most affordable quotes to the second wrist market, starting at $21,000, while the prices of earlier versions of the Kermit hover around $25,000.

Alternatives to the Rolex Kermit

The success of a model like the Kermit has led several houses to come up with alternatives-some times close to the original, and others that only resemble it. It has to be said that the color of 2022 was indeed green, so we can find many Maisons that have added touches of green in some of their timepieces, even among dress watches.

So here is a short list of watches declined in green that, in our opinion, are inspired by the Kermit and are definitely cheaper and easier to find on the market. What do you guys think?

Watch enthusiasts turn their noses up at Invicta. Still, despite the low price tag of its timepieces, we have to admit that this company manages to come up with homage watches with decent technical features that seem almost impossible. Of course, we do not claim great originality, but this is certainly not the area in which the house excels!

The Pro Diver, in this Kermit version which arrives at a whopping 47 mm in diameter, offers a sturdy Seiko NH35 movement, with an exposed case back and a steel case that provides water resistance of 300 meters. This is accompanied by a genuinely affordable price tag of not infrequently less than $100 – and this overshadows the spartan finish and quality of certain elements, such as the bracelet.

Among affordable diver watches, Orient wallows in it very well. The brand belongs to the Seiko group, but it is practically independent, so you will find excellent watches that compete in the entry-level segment, where Seiko is an important player.

The Mako XL Kermit is a large watch-almost 45 mm-that has high readability and accuracy, thanks to its proprietary caliber, and offers 200 meters of water resistance. Sure, you won’t get the same “wow factor” as a Rolex, but if you like this design, the Mako is an excellent choice at an affordable price (just under $200).

The company defines the Promaster collection as a professional watch line, and this version of Citizen’s Kermit is no exception. In contrast to the Rolex Kermit model, the case is not made of steel but titanium, a material that the house has often used in its achievements.

This is a sturdy and reliable timepiece, with a water resistance of 200 meters and a Miyota movement (which Citizen owns), which is sure to accompany you through all your adventures without investing an arm and a leg. The Citizen Promaster Marine, available in several variants, including the black/green one, is priced at about $210.

Gigandet is a Swiss brand that had a certain following in the 1960s, releasing well-made watches, but like so many others, it fell prey to the quartz crisis. However, it has recently been refounded and has gone down the road of producing well-made homages, of which this Sea Ground Kermit is an excellent example.

It is a handsome 43mm watch, driven by a Seiko NH35 caliber, offering 300 meters of water resistance to meet the needs of even “real” divers. However, you won’t be able to escape its appeal, mainly thanks to its highly affordable price of just over $200.

Glycine is quite well known as a manufacturer of military cut watches, and this Combat Sub also has an aggressive look, bearing the distinct Kermit colors. Despite its sporty character, this timepiece impresses with its size: only 42 mm in diameter and 10 mm in height, making it perfect for disappearing under the cuff of your shirt.

However, there are no technical limitations: this is a true diver, offering water resistance of 200 meters and a Swiss Sellita SW330 movement, with a price tag of around $550: not bad for a watch from a Swiss house with a tradition as important as Glycine.

This particular variant of the Submariner, along with its “cousin,” i.e., the Hulk, has been a big hit among the house’s enthusiasts and has launched a trend. In fact, watches with brightly colored bezels and dials are making a comeback, which is important since they were so fashionable in the 1960s and 1970s.

It is, therefore, umportant that certain styles continue to be trendy as the evolution of mechanical watches leads us to discover and rediscover the fashions of the past. But one way or another, the Kermit has planted a milestone in contemporary watchmaking style, and it does not seem intent on letting it go.