Automatic Watches Movement: what is it and how does it work? 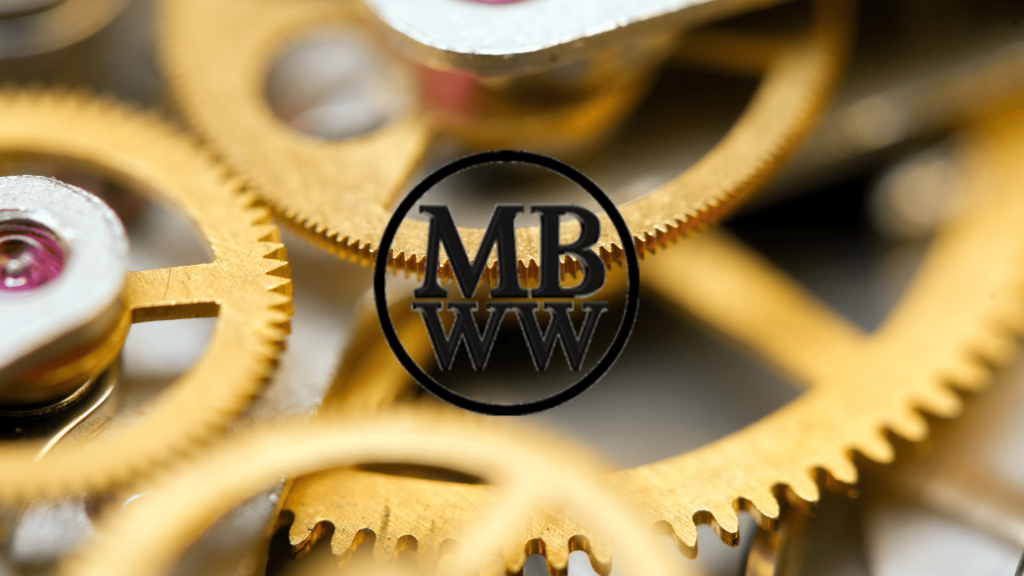 The definition we commonly come across of what an automatic watch is, can simply be answered with “a watch that winds itself”, but there is so much more to the whole world within the small case of a self-winding watch.

So let’s metaphorically open the back of our watches in order to understand how it all works!

What is an automatic watch movement?

An automatic watch is a mechanical watch that functions by mechanically winding a coil spring, similarly to what happens in manually wound watches. Contrarily, quartz watches need a button battery to function, which normally lasts a couple of years, which means that they might work continuously, but are not categorized as “automatic”. There are a few other less-used movement types, such as solar or hybrid, that use both mechanical and electrical elements.

Furthermore, a mechanical watch has an internal mechanism that winds the mainspring automatically as we move our arms throughout the day. They’re so convenient that most modern automatic watches on the market are now mechanical. Only a tiny percentage of hand-wound mechanical timepieces are available.

When were automatic watches invented?

Automatic watches were invented in the late 1700s by Swiss watchmaker Perrelet and were improved by Breguet in 1800, but they only saw a rise in success when the watch moved from pocket to wrist. A wristwatch takes full advantage of the watch’s potential because it allows for considerably more movement than a regular pocket watch. However, when watches began to be developed to combat water’s effects in the 1920s, their popularity really began to soar.

John Harwood, a British watchmaker, designed the bumper movement of the first functional automatic wristwatch in 1923, licensed it to several manufacturers (such as AS Schild and Fortis), and established his own eponymous firm in 1928 to promote it.

Rolex improved on Harwood’s bumper design around 1930, patented it, and introduced it on the Oyster Perpetual line of water-resistant watches.

The automatic movement design spread quickly among wristwatches from the 1930s onwards owing to the added convenience of not having to recharge the watch frequently. Rolex’s design included a 36-hour power reserve, which was a good result at the time, and the concept was taken up by many other manufacturers. During subsequent years, both automated methods would be improved, with centrally mounted rotors becoming dominant because of their greater efficiency and the fact that they could be added as a module at a later stage.

Automatic watches are typical mechanical watches. They do not require movement to tell the time, as the winding power depends on the mainspring. Movement is only needed for winding automatic watches, not for their operation. So, when we talk about “automatic watches,” what we really mean is “automatic winding watches.”

When we use the word “automatic” to describe these things, we’re really talking about “automatic winding watches”. Automatic watches don’t need movement to tell time because the mainspring maintains the required winding power. Movement is only needed for winding automatic watches, not for their function.

Some automatic watches may also be wound manually, in the same way that hand-winding mechanicals are recharged. So, before manually winding an automatic watch, make sure to check for any impact on the crown and shaft.

Also, keep in mind that, in some situations, even though winding a manual watch with the crown is technically feasible, it may not be desirable: for example, this occurs in diver watches when less movement of the crown results in a better watertight seal.

How do automatic watches (self-winding) work?

Automatic watches use either a bumper or rotor winding system, with the rotor movement being the most commonly used in modern watches.

However, both systems use the same principle: that of a vibrating mass transmitted by the wrist’s regular movements to the barrel through a system of wheels, winding the mainspring.

The bumper, which was invented by John Harwood in 1928 and was the first and oldest modern automated mechanism for wristwatches, functioned by moving between two stops and winding the watch. This sort of automatic mechanism has a unique effect. When the timepiece is shifted, you may feel the oscillating mass softly thump on the stops – and some people find this sensation to be strangely soothing!

This revolving mass was installed in the caliber, necessitating a unique design. As a result, all bumper movements were created from scratch, frequently based on existing hand-winding mechanical motions.

The rotor movement, on the other hand, is placed in the center of the watch. Its crescent-shape rotates in both directions with the movement of the wrist. Used and perfected by Rolex in its Oyster Perpetual model in the early 1930s, this system can easily be added, as a module, to a traditional hand-wound caliber.

Both winding systems are connected to a series of wheels that transmit the movement to the barrel, winding the watch.

The micro-rotor is another automatic feature worth noting. This technical solution incorporated a tiny rotor within the watch’s mechanism to minimize thickness. It was initially employed in the most magnificent timepieces and was pioneered by great Gerald Genta, who wished it to be included in the Polerouter. Despite its low prevalence and lesser energy efficiency, the micro-rotor is a highly sophisticated mechanism.

There are, however, a few exceptions to the rule, such as the Kinetic and Spring Drive, two movements created by Seiko. They use a hybrid system, in which the kinetic movement of the main rotor charges a capacitor that drives a quartz system, and the Spring Drive’s rotor movement is controlled and checked for accuracy by an electronic system, creating very precise watches.

Because they feature a centrally mounted rotor instead of being battery-powered, these two mechanisms are considered “automatic watches”.

What is the best automatic watch movement?

Sometimes people are concerned about watch accuracy, thinking that the charging system may have an influence on the precision of the timepiece. But rest assured, automatic timepieces are as accurate as hand-wound watches: in general, a mechanical watch’s accuracy is determined by how well it is finely regulated by the watchmaker.

By now, the technology of automatic winding has advanced to the point that it has become almost trivial. As a result, modern calibers are no longer known for having significant winding issues like those encountered in the past.

In general, a relatively common caliber that is produced in millions of units and received high marks is more durable than a mechanism that is perhaps more complicated but made in only thousands of pieces. That’s why automatic watches with stock or modified ETA or Sellita ebauches rarely have any winding issues, and if something goes wrong, they should be simple to repair.

If the greatest watchmakers of all time were still alive, they would undoubtedly be astounded by today’s automatic watches.

For example, it was once necessary to wind your pocket watch once a day in the 1800s. The maintenance interval was one year between services. Today’s most advanced movements, which exploit winding springs composed of unique alloys and an improved power transmission mechanism, last up to 80 hours—a bit like having perpetual motion on your wrist that requires servicing every five years, which is, indeed, astounding.