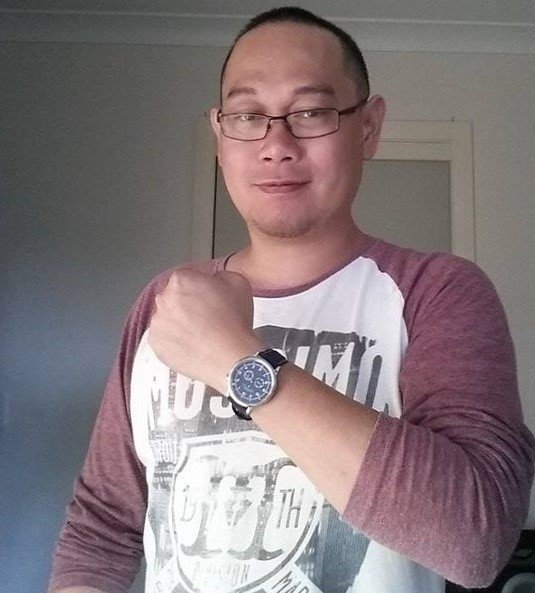 This feature on Microbrand Watch World is about introducing the people behind our favourite watches to the world. This week we talk to Francis del Mundo from Tangramatic.

Tangramatic hails from Sydney Australia and is one of several micro brands from the antipodean nation to have found success in the past few years. Along with the likes of Melbourne Watch Co and Erroyl, Tangramatic represents a bold new generation in Australian watch design.

Francis is a frequent contributor in watch circles, you can often find him on Watchuseek forums posting as Bombfish and you’ve likely seen his excellent caseback designs on a number of other micro brands, most notably on various Lew & Huey watches, the upcoming Uhuru Ukhozi Pilot and on his own Tangramatic watches. With his excellent eye for design, Tangramatic can only grow from strength to strength with Francis at the helm.

I’ve been in IT for the most part of my career and have only really gotten in to watches at the beginning of 2014. But even before any of that, I always had a love for arts and engineering. This brings us to the emergence of Tangramatic. It’s basically an expression of those personal interests and taking a form in horology. As we all know, the watch is in itself, an art form and one of the peak example of engineering marvel.

My ideal customer is someone who can associate himself with being different and expressive of their personality. He is also one of those who see value in technology outside of smart devices. Of course, customers who are expressive of their liking for a Tangramatic adds to the satisfaction in designing the watches.

Quite a lot of things that eventually pushed me to do it. I started with dial designs which I still do a lot and case backs for Chris of Lew & Huey. I guess another thing is that I wanted something to do other than coding and studying software technology. Something I can hold with my hands.

I’m working on two watch projects at the moment: Nereid, currently in prototyping phase, and Project Kämpfer, which is in design phase.

what are your plans for the year ahead?

I might do only one watch design next year and focus on getting Nereid and Kämpfer to production among other things. Tangramatic is pretty much an experiment of sorts which has its ups and downs. It’s not tied to only one theme like only doing dive watches or only dress watches. But that also means there’s no specific focus. I’ll see what will happen next year, and that alone makes it exciting for me and my customers.

An Angel of Beauty- hands on review and giveaway

Apollo – A watch that’s out of this world