4,000 visitors and big news on the horizon for the Italian watch event 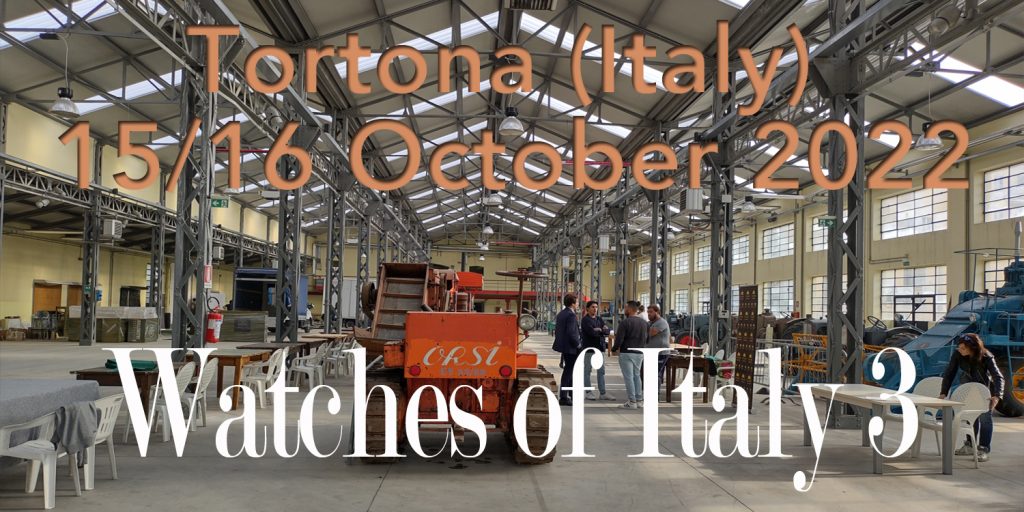 To call it an expected success frames the outcome rather nicely. Watches of Italy, now in its third edition, and moved a month later due to problems with the date coinciding with the Italian political elections, met and exceeded all the goals it had set for itself.

Over the weekend of Oct. 15/16, more than 4,000 visitors wandered through the booths set up inside the Orsi Museum in Tortona – amid a charming exhibit of vintage agricultural machines – to visit the 56 exhibitors. And with a hint of regret, Fabrizio Dellachà, the WOI initiative coordinator, confessed that some late bookers who wanted to participate had to be unfortunately left out as the space was completely filled, demonstrating in practice the extraordinary vitality of Italian independent watchmaking, a phenomenon to pay attention to worldwide and that is achieving excellent results.

A great display of vintage-inspired models

The style of the proposals of the different manufacturers undoubtedly followed the trend that sees Heritage and vintage models in great prominence and highlighted great attention by the manufacturers on the diver sectors – with several interesting new entries, especially of smaller sizes.

We have presented one of the novelties of the fair here, the Ichnos Arcipelago “Due Mari.” Also, a lot of attention was devoted to GMTs, great protagonists of the launches of the best-known Maisons such as Squale, Venezianico, Perseo and Echo/Neutra. There was no shortage of skeletonized watches, presented by companies such as Venezianico and Out Of Order, which launched its own very personal interpretation of the theme.

Big news on the horizon for Watches of Italy

The parterre of the exhibition was peppered with big news, more than just products shown: the first is that WOI has entered into a collaboration agreement with Vicenza Oro, the international jewelry fair, which will bring a representation of the WOI event to the Venetian city for the next editions of the Vicenza Oro exhibit. However, the next WOI 4 exhibit will still be held in autumn 2023 in Tortona.

The second is that Locman – the Italian watch manufacture based on the Island of Elba – will produce an all-Italian high-end watch, caliber included. We are, in fact, talking about an OISA caliber, a Milanese company that boasted an important production of calibers around the 1930s and which has been reconstituted by the grandson of the brand’s founder. So finally, after two years of development, the time has come to take the plunge.

Below you will find a gallery of some of the timepieces presented by the different brands at the Tortona trade fair. Next year, who knows? But for sure, we’ll be there to take a look!