Kickstarter facts and figures 2: Revenge of the Filter

My last article analysing Kickstarter data on watch projects raised some interesting questions and requests for more data so I got stuck in again to see what insights I could pull from the data set. 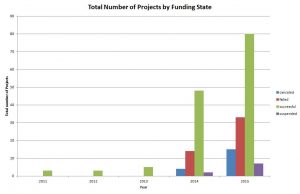 Like I said in my article, this is an imprecise analysis that is better suited to showing trends than exact numbers. Due to the human factor of filtering projects manually I missed a few smart watch and strap projects in my original analysis. I’ve trimmed those for this second go but the same caveats apply: due to the filtering required to isolate watch projects, a small number of non qualifying projects may have slipped through. I accept that I may be accused of tweaking the numbers to support my position and my only response is that you are welcome to analyse the data for yourself, I have been open about my data sources and filtering methods. I welcome an alternative analysis of the data to either corroborate or refute my findings.

That all said, here’s the updated figures and some “funding basket” breakdowns.

Success vs Failure by year with success rate of all projects:

and in graph form: 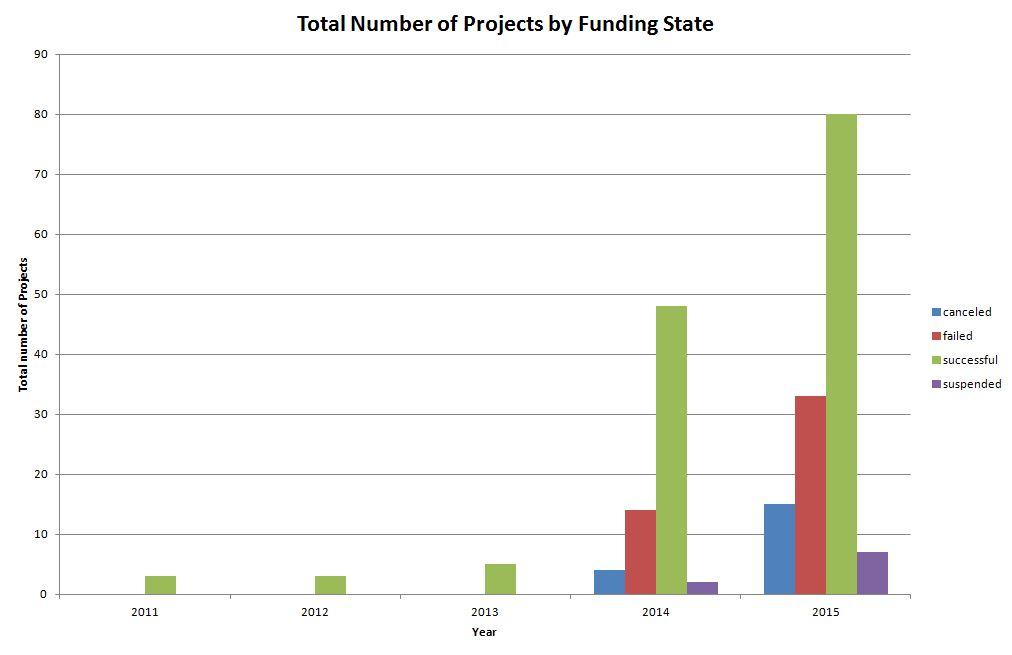 All projects, successful or not by the amount of money raised at the close of the project whether cancelled, suspended, funded or failed: (Values in USD) 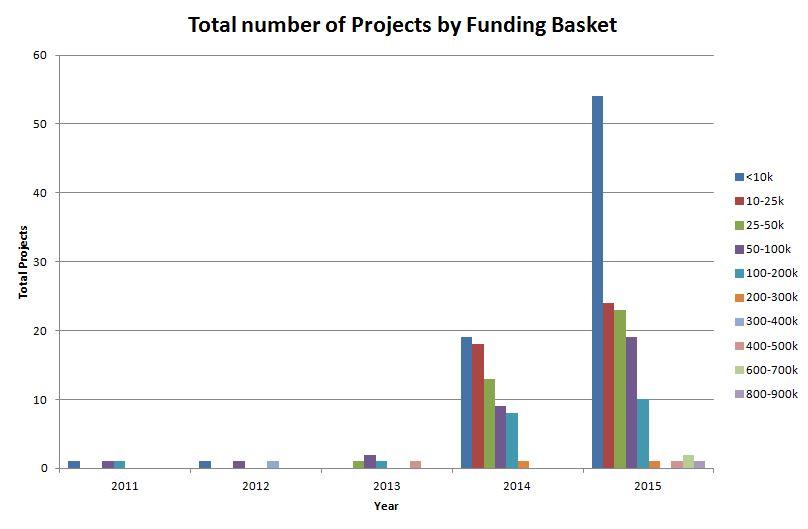